BLUF: There may be a situation where you need to quickly alter your appearance to avoid capture or danger. Planning ahead can enable you to disguise yourself and move to safety. 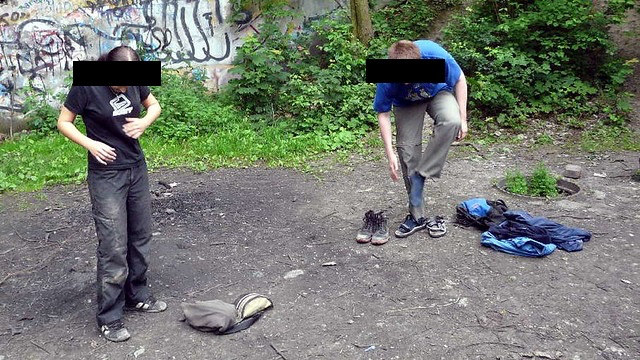 Consider the need to leave your office during a spontaneous protest spilling over into your business’s parking lot. Maybe you work for an oil industry and climate activists are outside. Maybe a race related riot is occurring and your suit and race could make you a target. Maybe a group of criminals approach you after you get off work at a bank and begin chasing you in an attempt to force you to access the safe. Maybe you’re a contracted operative in Kazakhstan and a peacetime non-governmental force attempts to capture you for interrogation.

The idea is that you should

As with most other escape and evasion techniques, the first step is to break out of your pursuers line of sight, and then make your move.

In this case you add to, subtract from, or change your outfit in a way to change your appearance while out of sight and then blend into the crowd and avoid drawing attention to yourself as you make your way out of the area and away from your pursuers. Changing your direction once out LoS can also aid in your escape.

You can plan ahead and plan your clothing in a way that you can perform a quick change or in an emergency you can improvise in the field.

It is relatively easy to build quick change ability into your EDC. You can wear a reversible jacket or throw one in your bag to take with, bring or wear a hat, pack a shemagh; there are many options. Keep a change of clothing at work and in your vehicle.

Just a simple concept. Why not apply the basics just in case.

Also, while on the topic… Here’s a bonus tip for countering Mugging and Pickpocketing.

BLUF: If it isn’t worth a fight at least don’t give much up, carry a decoy wallet in your back pocket and keep your real one in your front pocket.

A well-worn leather wallet crammed with some old receipts, pictures of “the wife and kids”, inactive credit cards, and other seemingly useful a items will pass as a payoff to a pickpocketer and allow you time to egress to safety.

How To Survive Nuclear Fallout In A City