Home Survival Strategies How To Survive Nuclear Fallout In A City

How To Survive Nuclear Fallout In A City

A nuclear blast, and a subsequent fall-out, are tremendous disasters which will likely occur in a urban/suburban area. This would represent the worst of the worst SHTF event that all Preppers fear the most. 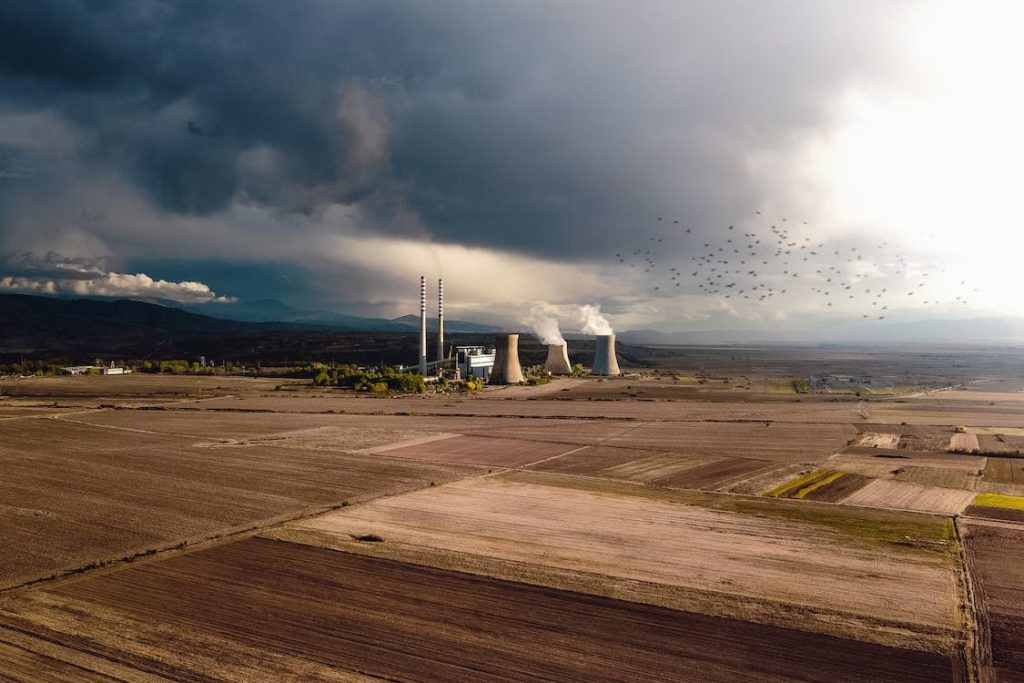 The consequences of a nuclear fall-out has long-term effects on:

Not only does a nuclear fall-out influence short-term survive-ability, but it can also adversely effect the quality of life for many years in contaminated areas.

Understanding the effects of direct radiation exposure is a very important consideration for Preppers, especially if you’re alone.

Radiation is quite simply energy. We’re exposed to various levels of radiation on a daily basis daily from exposure to power lines, mobile phones, TV, infrared devices, and more. However, they’re within acceptable levels. Ultraviolet radiation, X-Rays an radioactive waste are another story. They pose the most risk and threat to your health.

The medium and long term effects of exposure to radiation

The Sievert (Sv) is a measure set to identify the adverse effects of low levels of ionizing radiation when they hit the human body. The Sievert was named after the Swedish physicist Rolf Maximilian Sievert, who studied the biological effects of radiation for many years.

The Sievert is effective for dosimetry (the radiation “dose”) as well as radiation protection. The United States Department of Defense defined the “destruction radius” (DoD) as “the maximum distance from an exploding charge of stated size and type at which a mine will be destroyed by sympathetic detonation of the main charge, with a stated probability of destruction, regardless of orientation”.

In addition to the size of a nuclear blast, we must also consider the radiation radius. Surrounding areas fall into one of three groups:

A nuclear blast carries the maximum of trauma for our bodies, especially if we find ourselves without proper gear, or being unaware of correct procedures to follow.

An high level of radiation from an atomic or nuclear blast are 100% lethal. The explosion simply annihilates everything in the immediate area. A further distance increases the likelihood of surviving.

A nuclear blast causes several symptoms from exposure to radiation.

The effects, which are very similar to  a chemical attack, are labelled as “radiation sickness.” , or ARS (Acute Radiation Sickness).

To give you a more relatable context, it’s like you got more than 0.75 gray (75 rad) within minutes, or less than an hour. What does that mean? Imagine your entire body was exposed to radiation from 18,000 chest x-rays for the duration of the exposure. This is exactly what happened to some workers at the number four reactor at the Chernobyl Nuclear Power Plant, on April 26th, 1986.

The Chernobyl accident is considered one of the worst radioactive disasters that caused a tremendous amount of casualties, and long-term conditions such as cancer.

The Chernobyl Nuclear Power Plant is located near the city Pryp’yat, 10 miles northwest of the city of Chernobyl. It is 65 miles north of Kyiv, Ukraine. It was built in 1977. At that time, the whole plant had four reactors. Each of them was able to produce 1,000 megawatts of electric power. 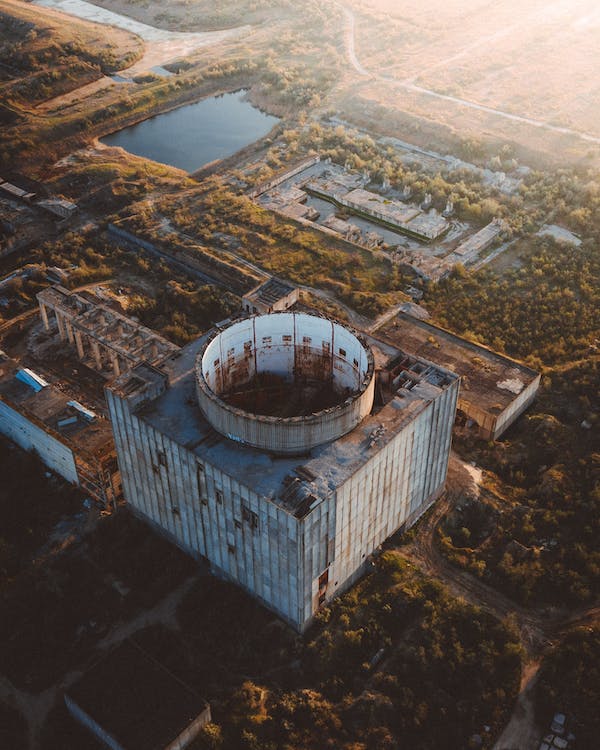 The accident took place during a safety test conducted on an RBMK-type nuclear reactor. An RBMK is high-power channel-type reactor, developed by the Soviet Union based on graphite-moderated nuclear power reactors. The test was not only poorly conducted, but it also suffered from a lack of safety procedures, likely related to the results of Cold War isolation in terms of people and processes.

A chain of dramatic mistakes happened that night.

The initial emergency response by the Soviet Union involved more than 500,000 personnel. Nonetheless, the attempt to play the event down was the real catastrophe.

What the government and the media actually did …

The first casualties involved workers and firemen who went on scene in a desperate attempt to extinguish the fire.

In the following hours the whole population of Pryp’yat started to feel symptoms like red eyes, dizziness, nausea, and vomiting. Some of them went outside when the blast of the number four reactor occurred and exposed themselves to radioactive particles floating in the air.

The debris of radiation started to fall on crops, streets, clothes, people’s skin and on animals, which triggered a public catastrophe.

The Soviet Government tried to cover-up what happened, giving partial information to the media. This was the biggest obstacle to reduce the consequences of the disaster.

April, 27th. 30,000 inhabitants of Pryp’yat began evacuating. A few hours earlier the Government had finally admitted the accident occurred in Chernobyl, although they still played down the extent of the damage.

On April 28th, Swedish and Ukrainian monitoring stations reported several unusually high levels of radiation which had been carried air currents. At that point they started asking for explanations.

Some workers, called “the liquidators”, worked tirelessly to cover the number four reactor, pushing the graphite pieces that blew off the roof into the core of the reactor. The debris was later on buried in 800 temporary sites, then collected and covered in a sarcophagus made of concrete and steel, to ensure the maximum isolation.

The sacrifice of the liquidators was an act of courage even though none of them was probably advised about the true amount of radiation and the risks of being exposed to it.

The general population remained in a state of seclusion, silence and dreadful physical pain.

“[..] The fire–as described by one of the men that woke from their sleep to the wail of the main siren (third level)-burned directly on top of Chernobyl’s nuclear reactor number four. It erupted at exactly 1:23:48 a.m. on April 26, 1986 when the fourth reactor of the nuclear plant exploded. And, as proven in the subsequent investigation, there were no lack of warnings. But unlike those of spring, they were either ignored or deliberately concealed. A glossy surface covered an ugly reality. Through cronyism and bribery, political favorites and well-connected people were hired in place of professional experts. Graft and corruption engendered a despicable incompetence. In the control room of the ill-fated reactor, they were playing poker and dominoes and writing personal letters on the job. Even so, everything seemed fine. The warning signs were camouflaged. Out of 71 incidents that took place at the reactors only 27 were investigated. And that’s just one example of the rampant negligence […]” Mohamed Makhzangi, at that time young doctor studying in Kiev.

This testimonial depicts a brutal reality. Thanks to the the government coverup, the local population had absolutely no idea of the threats posed by a nuclear accident.

The Chernobyl Power Plant provided power to the surrounding poor areas as well as employment for workers. The local people considered the whole structure as a state-of-the-art development, as it was depicted by the Soviet Union. They were told there was no risk and nothing to worry about. There was no reason to be concerned about a possible nuclear blast and fall-out.

The lack of awareness of all of the issues connected to a potential disaster were not on people’s minds. So, when they witnessed the blue blast, they were quite enchanted by the surrealistic beauty of that show, ignoring the risks.

The Chernobyl case demonstrated how much a lack of awareness could cause a tremendous loss of life. Cities located far from the Power Plant also suffered casualties and cancer cases linked to the disaster, but to a lesser extent.

The United States are the top country in the world for nuclear reactors: 94, that produce 96.6 gigawatts of power. The 94 reactors produce a total of 809.41 terawatt-hours of electricity per year, which represents 20% of the nation’s total electric energy generation (www.eia.gov. April 25th, 2020). 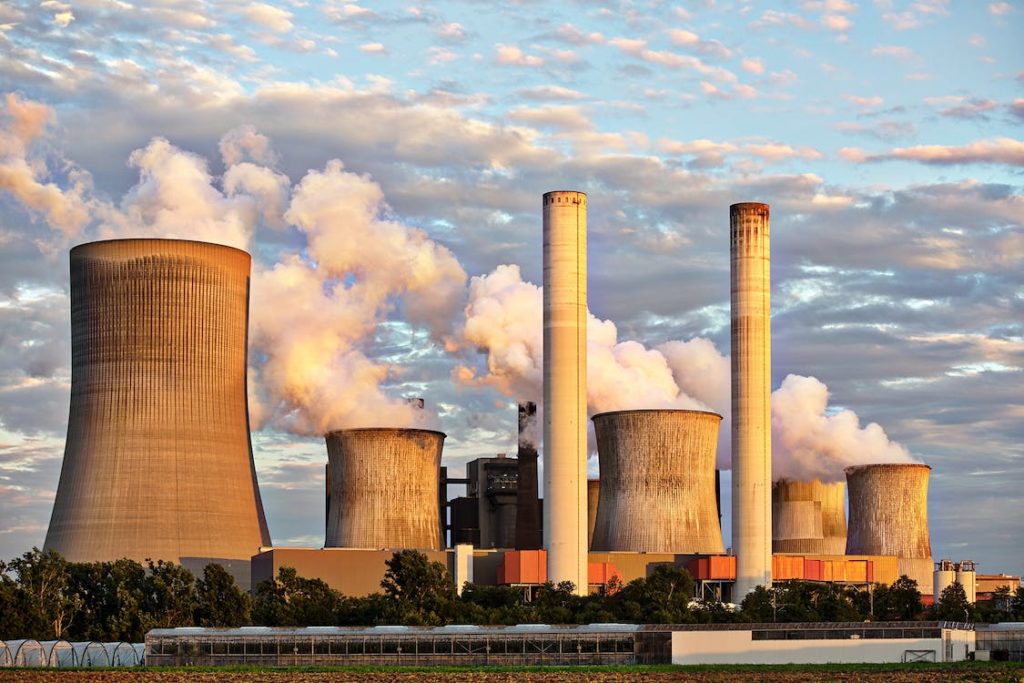 Palo Verde Generating Station, located in Arizona, is the largest and most powerful nuclear power plant situated within the US. Her capacity is 3.93GW.

Living in the proximity of a Power Plant, whether it be small or big as Palo Verde, involves risks to your health as well as dramatic consequences in the worst case scenario, as Chernobyl proved.

If you have the opportunity to chose a safe place to live it’s not a bad idea to avoid being close to nuclear reactors. Common sense always wins. If you aren’t that fortunate, then take care of the following precautions and make sure your whole family is pretty aware of them.

Where to look for shelter …

If you’re in the Severe Damage Zone (SD) the ideal place to hide yourself and your family is underground. The probability of surviving is much higher because of the intrinsic protection and being further away from the radiation.

If you’re not home when a nuclear fall-out happens seek shelter in one of the following areas:

In case of a nuclear blast and fall-out, you should be familiar with the basic protocols issued by the Government.

By listening to the radio or television you will be updated on evacuation routes, short term shelters, as well as procedures to follow.

Take your BOB and your FAK so you can take care of those who may need your help. In case you find yourself near the explosion, lie face down, placing your hands beneath your body. Cover your eyes, nose and mouth as best as your can. Stay flat until the heat from the blast has passed.

If you find yourself outside, cover your mouth, nose and eyes as much as you can. By shaking, try to wipe off any debris. Move away from the wind direction while you try to reach an underground shelter. Burn your clothes as they are contaminated, and take a shower if you have the opportunity. Do this BEFORE entering in your shelter.
If you find yourself already inside the shelter, immediately shut the doors and turn the ventilation system off. Only open them once the fall-out has passed. Use a face mask or scarf to cover your nose, mouth and eyes. Take advantage of the supplies you’ve already stored. Listen to radio in order to get updates.

How to set up your fall-out shelter …

This topic will require an entire article itself. For this reason I will cover only the topics related to tools, gear and protective measures.

You need to prepare your fall-out shelter far in advance. You also need to chose the proper location and materials. Keep in mind that the best shelter is lined with lead.

Once you’ve obtained the permits to build your shelter, the best way to utilize your space is to stack it vertically.

You need to store tools and gear in advance: 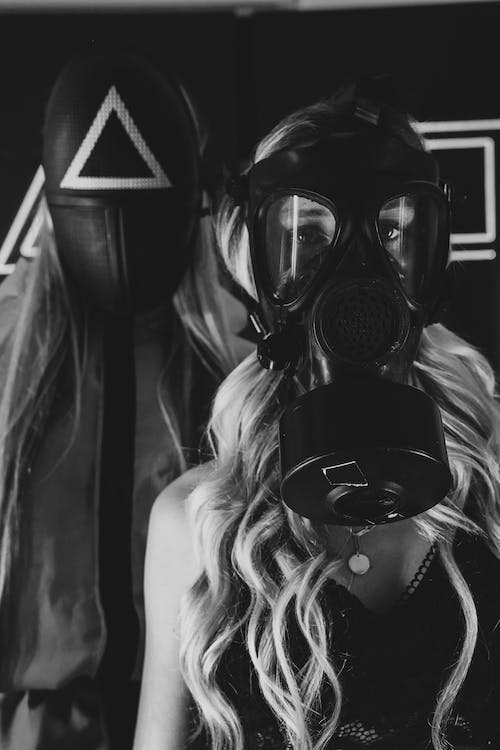 And obviously, protective equipment. Make sure they fit you like a glove! You don’t want to have any issues with them.

Radioactivity is one of the worst survival situations to encounter. When a nuclear blast occurs, there is no time to think about a plan. And if you already have plan, you don’t want to hope that it’s going to work. It needs to be effective and flawless.

Fuel Storage & Collection For Bugging Out

Forest to Farm: Welcome to our Homestead

Living Off The Grid Essentials in the New...

Transition to Living Off The Grid

Rural and Living Off The Grid Checklist

What’s the Best Type of Firearm for Home...

How To Create A Natural Shelter