Staying Informed During & After SHTF Scenarios

written by Survival Dispatch Staff May 18, 2020 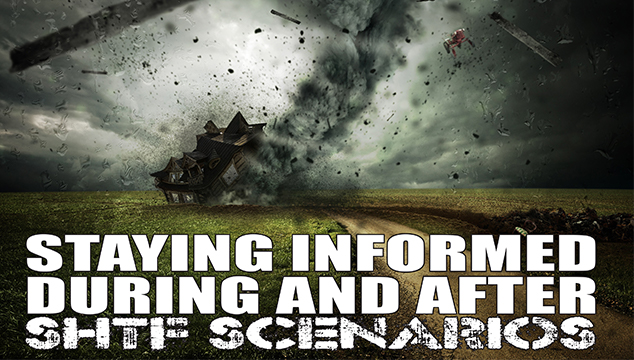 Most survivalists like to think that we could go it alone in a SHTF scenario. However, the reality is that any help is welcome when your life is on the line. There are fire, paramedic, and supply services in place to help when disaster strikes and communication is critical. You need to know when it’s safe to leave your home, when help is coming, and how to get to that help. There may be a way for them to come directly to you. However, you may have to hike several miles to get to help. This knowledge is vital to your survival.

The very nature of many of these SHTF scenarios is that communication gets cut off. Winds, flooding, earthquakes, wildfires, and heat waves can take out power stations, cell towers, radio towers, television stations, and satellite dishes. In addition, other SHTF situations such as foreign attack and martial law can leave communication damaged or completely disabled. 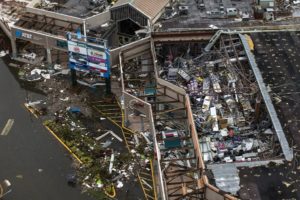 I have always had theories about how communication would work during and after a disaster. The recent hurricanes gave me a first-hand account from a friend that survived and witnessed how communication actually works. This man lives in Puerto Rico and his home was devastated by hurricane Maria. They’ve been without clean water for months and are still lacking other basic services. Thankfully he has been vocal about his experiences so we all can learn from them and be more prepared.

When a disaster first strikes and often throughout the duration, there are several options available to keep you informed about the situation. The national weather service is one of the most reliable services and can be accessed with any weather radio. We keep one by the side of our bed to ensure we’re informed if any nasty storms are headed our way. Both cable and satellite television services provide valuable information for disaster situations. However, heavy rain can often knock out a satellite signal temporarily. On many channels, the Emergency Broadcast Service will cut off normal programming to inform the public about emergency scenarios. Until they’re no longer working, these services are likely your most reliable options for staying informed during an emergency. 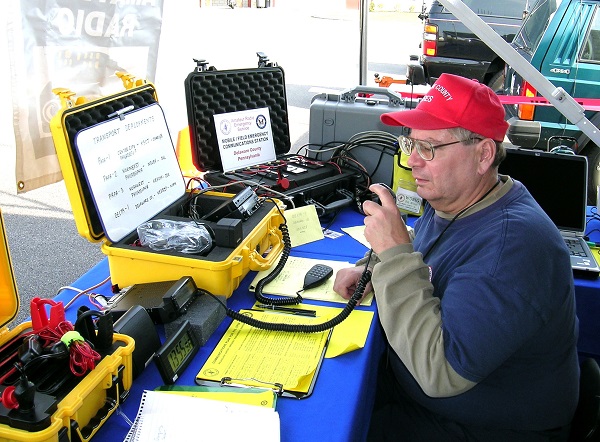 There are some other options you shouldn’t forget about for staying informed. Most cellular carriers will send out an alert to all users on the network in the event of a disaster. In addition, HAM radios and other types of radios can allow you to reach people outside of the affected area for information. Finally, the internet is an ample source of information. You can always find dozens of sites provide updates on disasters but be sure to vet your sources. There is a great deal of inaccurate information floating around on the internet these days.

Directly After the Event 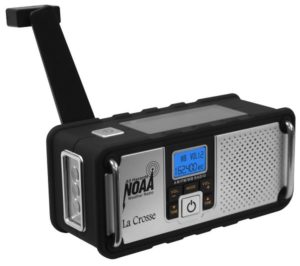 Depending on the severity of the scenario, some or all of these services could be shut down after an event. My source from Puerto Rico says that he laid down to take a nap while listening to the National Weather Service. By the time he woke up there was a complete radio, television, cellular, and internet blackout. There was absolutely no information coming in or out for at least a week. All of the power stations and towers were knocked out. He said it was one of the scariest and eeriest experiences of his life.

During that time in which there were no conventional forms of information available, he had to rely entirely upon word of mouth information. A relative of a friend of a neighbor heard that power would be out for two to four weeks… that kind of thing. I can imagine it was incredibly frustrating to try and get good information by this method. Unfortunately, there were no other options. He also said one of the first services to come back online was Dish Network satellite service. It happens to be the only satellite service available on the island. The only three components needed for satellite television to work are a satellite, the dish, and electricity. Some dishes needed to be rotated back to the correct direction, but once generators were up and running the service was a good source of information.

As you move past the disaster itself and start looking towards the rebuilding efforts, there are several parts of the timeline to think about. You need to know when water will be restored, when electricity will be restored, when radio towers and internet service will work again, and when both retail and relief supplies will begin shipping again. My friend is still living without clean water, without regular shipments of gasoline and food several months after Hurricane Maria. He just had the internet restored this week. Most people are living off of generator electricity as power has yet to be restored. 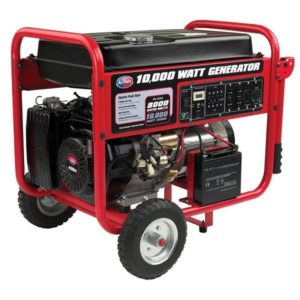 With a generator, you’ll have options like internet and television sooner than those that must wait for the power grid to be repaired. Radio towers may or may not have been damaged, so radio communication could possibly be an option. Whether a person is filthy rich or dirt poor, everybody is just trying to survive during this recovery window. FEMA trucks finally arrived and provided cases of food for families to take home. If you find ways to stay informed, it’s easier to be prepared to take advantage of these types of services when they’re available.

When you’re receiving information about a disaster, it’s important to consider the source. There are sources that you can trust to be fairly accurate. If you’re listening to the National Weather Service, watching the Emergency Broadcast Service, or getting alerts on your phone then the information is probably legit. However, any services that are privately owned such as news channels could have their own agenda when providing information. I would like to think that news stations would give solid information, but you simply cannot be sure on that.

The internet is another great example of sources with agendas. It seems like every year that passes, the internet becomes less and less legitimate as a source of information. There is plenty of fake news out there and the people posting information on the internet can literally say whatever they want without consequence. Finally, think carefully about getting information by radio. If you’re under martial law, the US government may modify radio broadcasts to ensure that the public cooperates. If we’re under attack from a foreign nation then international radio communication could be skewed to accommodate them. Never assume that any source is accurate without looking at the motives of the people supplying the information.

It has been invaluable learning from those that are struggling to survive the aftermath of disaster. It seems like each year the natural disasters we face get worse and worse. Hurricanes are becoming more frequent and more intense. Wildfires and drought are out of control in some parts of the world. In other parts, flooding and mudslides are tearing apart communities. Seismic activity is becoming more common with some countries being devastated by earthquakes and tsunamis. All of these disasters could easily limit or eliminate your options for receiving information.

In addition, other threats have become more and more likely. With the volatility of countries like North Korea and Russia, it’s not unlikely that we could face foreign attack in the future. This could be a conventional attack or could consist of nuclear, biological, or chemical elements. With the social unrest we have faced in recent years, it could also be that martial law shuts down communication in our country. Finally, you must consider that pandemics are becoming more and more likely. This is another scenario that could shut down communication.

All of these situations require that survivors stay informed. Is it safe to leave my home or should I keep bugging in? When will I have clean drinking water? When will my power be restored? When will my cell phone work? When will I have internet? Is help coming or am I on my own? Do I need to leave the area to stay safe? These are all questions that could be answered if you have quality sources of information. However, always take the time to vet those sources. Stick to the ones that are most likely to provide valid information and you will be much more prepared. In the end, finding that valid information could end up saving your life.