5 Strategies We Can Learn From Animals About Survival 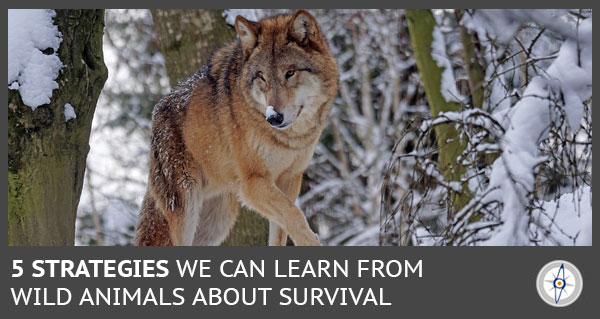 Because we live in homes with ready access to water, electricity and food, most modern humans living in the developed world have lost the survival skills that kept our ancestors alive. But because they lack these resources, wild animals are forced to employ several important survival skills on a daily basis. Survivalists are well-served to learn the lessons wild animals provide and be prepared to apply them should the need arise.

1. They Use Insulation to Keep Warm

Animals living at northern latitudes must cope with freezing temperatures from the late fall to the early spring, but those living in southern regions must deal with pretty low temperatures too. Even in the summertime, nighttime temperatures can fall into the mid-60s throughout the deep south.

Such temperatures could theoretically lead to hypothermia, especially if compounded by high winds or wet weather. But even if you don’t become chilled enough to experience hypothermia, these types of low temperatures will make you miserable and crush your morale. 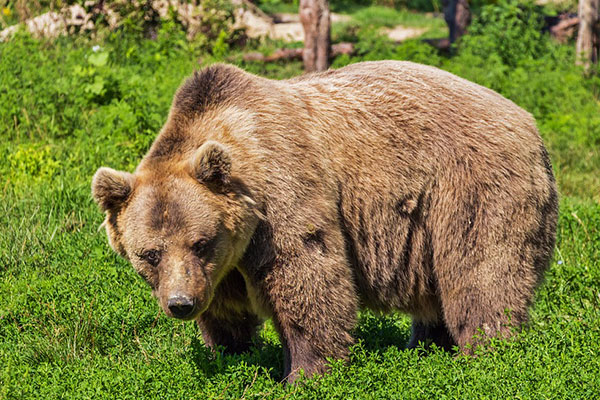 Animals cope with such temperatures in a variety of ways, but one of the most common is the reliance on insulation. Mammals including wolves, deer and bears carry their insulation with them in the form of thick fur. However, others – particularly small species, who radiate heat more quickly – must often insulate themselves even further to remain warm. One way they do this is by hiding and sleeping in burrows, dead trees and leaf piles – all of which provide additional insulation.

Both of these insulating techniques are applicable for humans trying to survive in the wild. While you obviously can’t grow a coat of fur, you can try to cover your body in several layers of clothing. You can even stuff leaves and other soft materials between your layers to help keep you warmer. If this does not keep you warm enough, you can also try to build a debris pile in which you can sleep.

2. They Reduce Their Surface Area in Low Temperatures

Warm-blooded animals, including everything from squirrels to antelope to humans, produce body heat internally, which tends to radiate outward when the temperatures are low. The more skin that is exposed to the cool air, the quicker internal body temperatures fall. Accordingly, many animals try to reduce the amount of surface area they expose to the air when trying to stay warm. 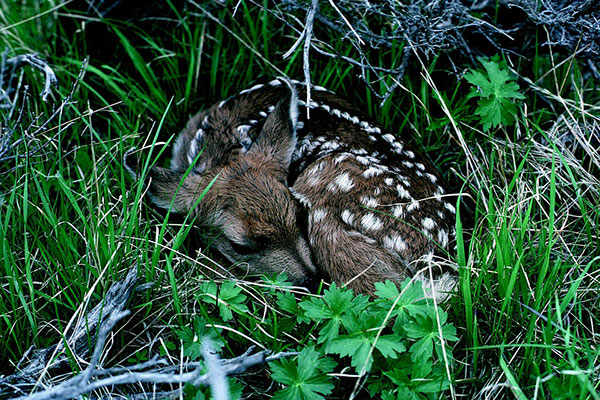 You can even see this behavior in your family pet: When cats and dogs get chilly, they tend to curl up in a tiny coil to rest or sleep. In doing so, they expose less of their skin to the air, which helps them to stay warmer.

You can do the same thing in a survival situation; the key is to curl up into the most ball-like shape possible. Imagine standing straight up, with your legs shoulder width apart and arms outstretched. In such a position, most of your surface area is exposed to the air. However, if you sit down, bring your knees up toward your chest and hold your arms tightly next to your body, much of your surface area will be in contact with other parts of your body, which will reduce the rate at which you lose body heat.

3. They Store Food in Times of Plenty

Most survival situations last only a few days, meaning that your primary concerns are constructing a shelter and finding clean water. However, if you are forced to survive in the wilderness for an extended period of time, food becomes an important issue too.

Sometimes, you may struggle to find enough sustenance for days on end, while at other times, you’ll stumble onto a particularly productive food source. For example, you may find a nut- or fruit-producing tree, or you may find that a recent drought has concentrated an abundance of fish in a tiny, drying pond. In such scenarios, you must try to set aside some of this food for later use. 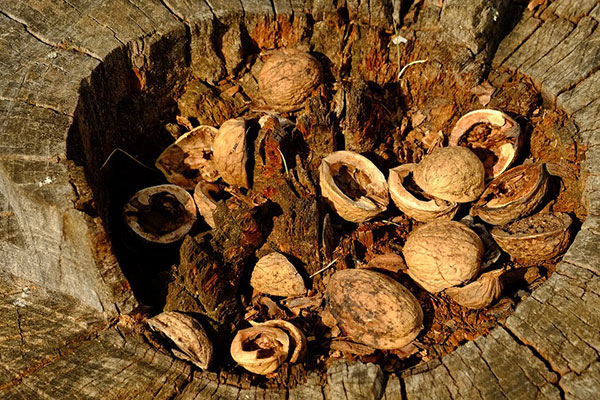 Squirrels, chipmunks, woodpeckers and other animals cache food all the time, and even larger predators like leopards and crocodilians do as well. Things like nuts and seeds will last for a very long time without any extraordinary efforts on your part, and fruits will often last for several days before starting to spoil. However, you’ll need to smoke or dry animal flesh to keep it from going bad before you can consume it.

4. They Alter Their Activity to Avoid Temperature Extremes

One of the simplest ways that animals make life easier on themselves is by avoiding temperature extremes. For example, if you were to venture out into a prairie at midday during July, you won’t see many animals moving about. Instead, most of the animals will restrict their activity to the early morning and late evening, when temperatures are cooler. Some species, including snakes, foxes and raccoons even become almost entirely nocturnal during the hottest parts of summer.

This simple shift in their activity pattern helps them remain more comfortable and avoid heat-related illnesses. It also helps them avoid dehydration, as they’ll lose less water while breathing in the hot air. While you may not be able to become completely nocturnal yourself (particularly if you don’t have access to a flashlight or torch), it makes perfect sense to confine your activity to the relatively cool morning and evening when the mercury soars.

Of course, the opposite strategy is more effective when temperatures are low. In these cases, you’ll want to stay inside your well-insulated shelter during the cold nights, and only emerge once the sun has risen and begun warming the area.

5. They Travel with a Purpose and Do Not Wander About.

Every step animals take in the wild represents a potential catastrophe. A deer who steps in a hole and sprains his ankle will often become food for predators, while a rabbit who ventures too far from the cover of the forest canopy may find itself dealing with the talons of a hawk or owl. Accordingly, animals living in the wild tend to move deliberately and with great purpose. 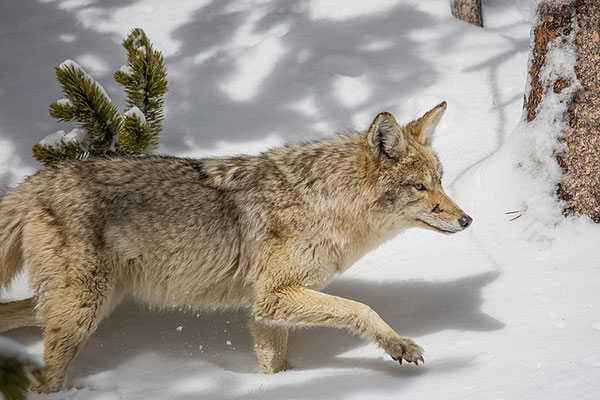 This is actually quite obvious when one compares the tracks of domestic dogs with those of coyotes, wolves or foxes. While the latter three animals will tend to produce tracks that travel in a straight line from one resource patch to another, domestic dogs (who lack the survival instincts of their wild counterparts) will wander widely, investigating anything that catches their eye.

Humans trying to survive in the wilderness are wise to adopt a similar approach. Not only does every step you take cost calories, it exposes you to myriad dangers. Some of these dangers take the form of venomous snakes hiding amid the leaf litter, but the most commonly encountered dangers are simple trip hazards. While a broken ankle may not be a death sentence for those hanging out in civilization, it could spell the end for those trying to survive in the wilderness. Accordingly, you’ll want to stay in or near your shelter as much as possible, and move only when there is a clear need to do so.

Of course, there are plenty of other strategies wild animals use to survive that may be applicable for people in difficult situations. Let us know which ones you can think of in the comments below.