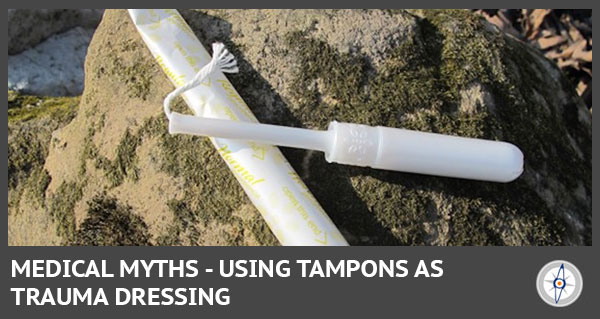 In this series of short articles, we’re going to talk about a couple of medical myths that seem to keep coming up in blogs, chat groups and various Facebook pages.

For some reason, someone started the notion that putting a tampon in a wound was a good idea, perhaps following the concept that they are used to plug holes.

Tampons are made from loose packed cotton and are designed to absorb blood and other matter.  If you plug a wound, blood will be absorbed, and the tampon will enlarge, the absorption will inhibit the body’s natural clotting process.  Blood and debris sitting in the wound can increase the chance of infection.  When the tampon is removed the tissue will be pulled out, creating a larger cavity, and bleeding will continue.  If you don’t believe me, take a tampon and put it in a glass of water.

Trauma dressings, or any cotton-like material, applied with firm pressure on the bleeding vessel will stop 80% of bleeding. The important point to note is that the pressure needs to be directly on the bleeding vessel, this may require putting a finger into the wound.  Putting a dressing over the top of the opening allows the vessel that is damaged to continue to bleed into the cavity, taking longer to stop the bleeding.

For wounds that are more serious, such as those involving an artery, a tourniquet may be needed. 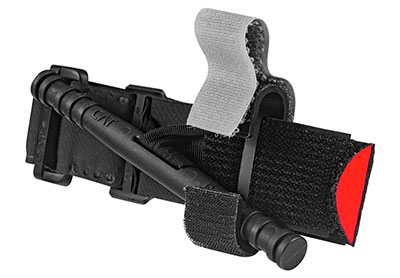 A tourniquet and hemostatic dressing should be part of an immediate first aid kit (IFAK) that you should carry AT ALL TIMES.  You never know when you may need to use them, and an arterial bleed can cause you to lose consciousness in less than 3 minutes.