Home Survival StrategiesHomefront 5 firearms every prepper should have

5 firearms every prepper should have

Your gun should be one in which you’re comfortable and proficient. The threat and scenario your planning for may dictate the weapons system you choose. Carry a primary and secondary weapon on your person and vehicle. You handgun should be concealed and your rifle should be in your vehicle if needed. A shotgun, long range rifle, and 22 Rifle should be at the homestead for a last line of defense, perimeter security, and other tasks. See our Target Hardening guide. 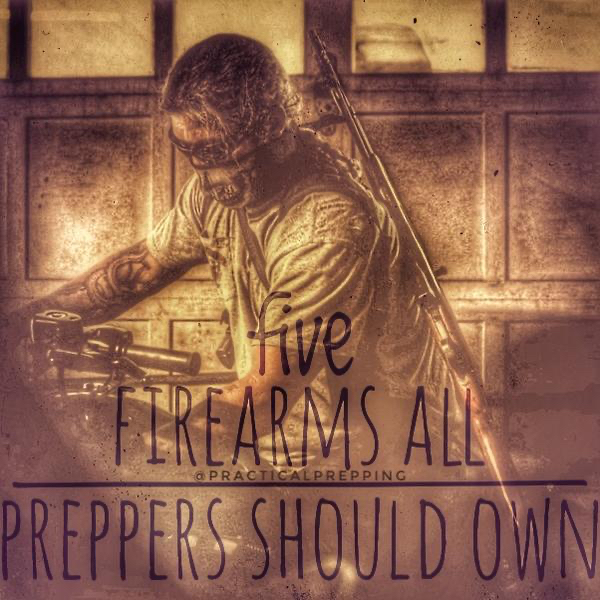 Choose a caliber that is widely available, think bartering and scavenging, we’ve got a guide for this.⁣ You’ll want a stockpile of rounds but you’ll also want to easily be able to restock if SHTF. At a minimum. A good rule of thumb is to have 7 times the amount of ammo the weapon’s magazine holds. So if you AR magazine holds 30 .223 rounds you’ll want to have 210 defensive rounds for immediate access. This is a standard loadout for the US Army and is the minimal accepted quantity a prepper should attain. Additional ammo of range quality only can be used for practice.