Defending your home against an intruder can be a life or death situation. You can never know their intentions, whether they plan to rob you, harm you or both. That’s why it’s critical to keep your wits about you and a firearm by your side. So, what’s the best type of firearm for home defense?

Here are a few different categories of firearms and the pros and cons of each.

When defending a property, it’s hard to argue against a classic shotgun. A pump action or semiautomatic shotgun can instill fear in any home intruder, and they’re particularly practical if you’re moving in close quarters. They’re one of the most common firearms people own for self-defense, and for good reason. 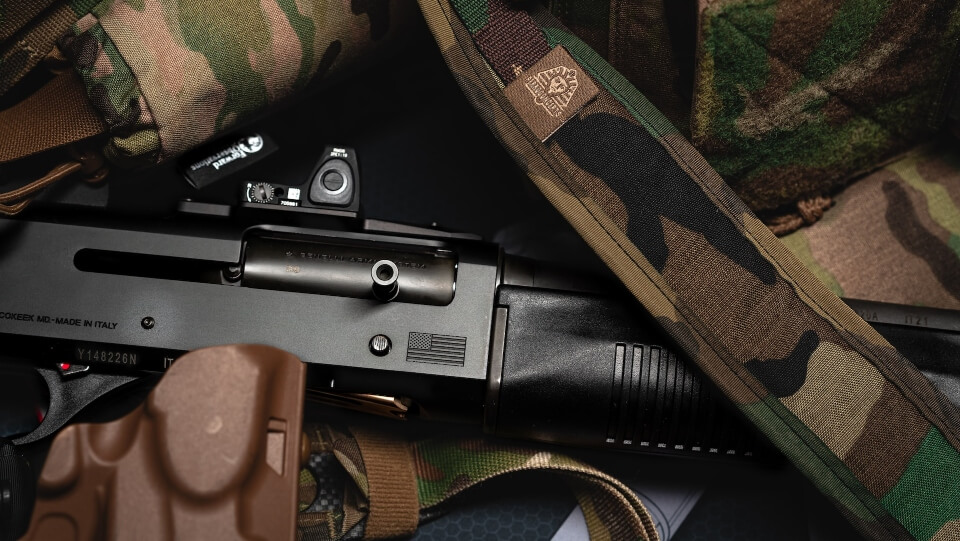 One of the secondary advantages of a shotgun is its sound. Shotguns are loud and proud, and you can hear them up to a mile away. Some ammunition is loud enough to hear from over two miles away, sure to scare an intruder off. Another benefit is their affordability. A pump shotgun is relatively inexpensive, starting around $200. The mechanics are simple, making it easy to use for firearm beginners.

That said, there are some drawbacks to the shotgun. The blast is potent, but the recoil can be harsh. It can be challenging for smaller people to handle a 12-gauge shotgun, one of the most popular types. Shotguns can also take longer to reload and have a limited capacity unless you upgrade them.

Pistols are a weapon of choice for many, with roots in 16th-century Europe. Handguns became more popular in the United States thanks to Samuel Colt, who patented the first revolver. The gun he created could fire multiple shots without needing to reload. Inventions like the revolver popularized handguns, and now, they’re a common choice for home defense. 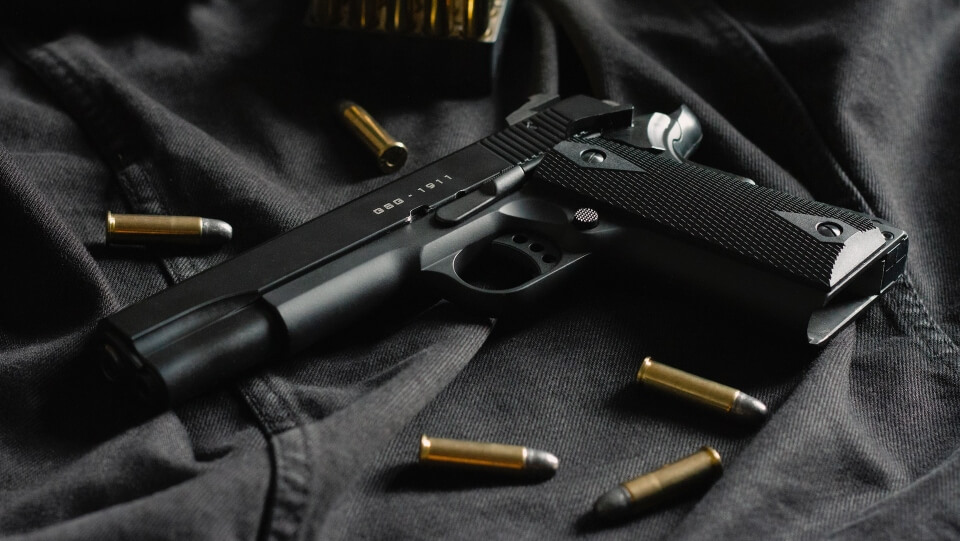 Pistols are one of the smaller guns you can acquire, making them a good beginner firearm if you have children you want to teach. The caliber has a wide range from the .22 to the .50. Another advantage of the pistol is its capacity. Semiautomatics will have a magazine capacity of between seven and 20 rounds. Its reloading time is much quicker than a shotgun’s, which can be handy in emergencies.

Some people may laugh at the size of a pistol, but this firearm can be practical in many situations. They’re small enough to hold with one hand so you can make an emergency phone call with the other. Pistols are lightweight, making them easy to carry concealed with you anywhere you need to go. They’re affordable and easy to store, so they’re a practical choice for self-defense.

The pistol is a great self-defense choice but doesn’t come without criticism. The small size has uses, but it can be difficult to aim because of a reduced sight radius. Handguns also can be one of the weaker weapons money can buy. Shotguns and rifles pack much more of a punch. Pistols also bring concerns about recoil and stability, which can be problematic in emergencies.

If you want power and range, a rifle may be just what you need. Some people may label rifles as hunting guns, which can be true. However, they’re excellent for self-defense, and you shouldn’t overlook them. They’re reliable and can get the job done whenever you need it. 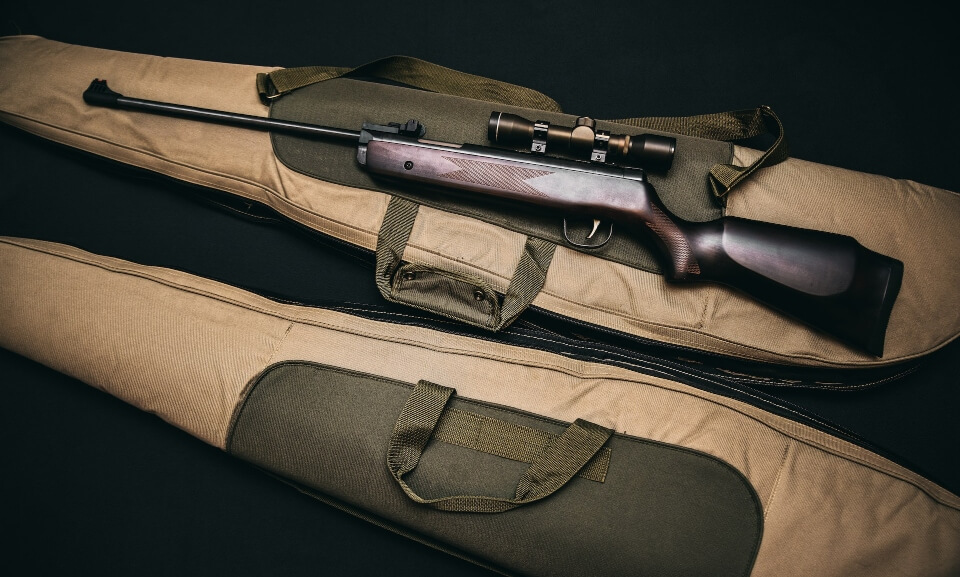 Rifles are high-powered firearms, so their shots are more powerful than a pistol. Their capacity is also typically much larger than a shotgun. Some states have laws that limit a rifle’s rounds, but they can hold more ammo than a typical shotgun. You can control a rifle easier because the contact points with your body make them handle better. Rifles also give you a wide range of ammunition choices, helping you mitigate overpenetration.

Another advantage of a rifle is its customization. Some gun owners call the rifle a Lego because you can easily swap out parts and make modifications. You can upgrade the barrel, sights, stocks, trigger guards and more. The sight radius lends to one of the biggest perks of a rifle: its range.

As great as rifles are, they have some disadvantages. One roadblock for firearm owners is the cost. Shotguns and handguns can be as low as half the price of a quality rifle. Rifles can also be challenging to store because of their size. Safely storing firearms is a primary concern for gun owners, especially those with children.

Another concern with rifles is the noise. If you fire one indoors, you’ll likely cause hearing damage to yourself and anybody around. The higher pressure of rifles makes their blasts more potent than other firearms. Put on hearing protection if you have time — however, this may not be possible in a home defense situation.

Powerful Protection for Your Property

Protecting yourself and your family requires the best firearm protection possible. Pistols, rifles and shotguns all have their pros and cons. Ultimately, you should choose what you feel most comfortable with in a SHTF situation. Which gun can you quickly grab at night and use to intimidate intruders? All these firearms can work as long as you maintain and learn how to handle them.

Author Bio: Oscar Collins is the editor-in-chief at Modded. Follow him on Twitter @TModded for frequent updates on his work! 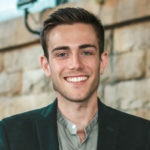 Preparing Your Home for “Bugging In”