BLUF: Situational awareness and proper reactions are needed to stop an active threat and avoid fratricide as law enforcement arrives on scene. 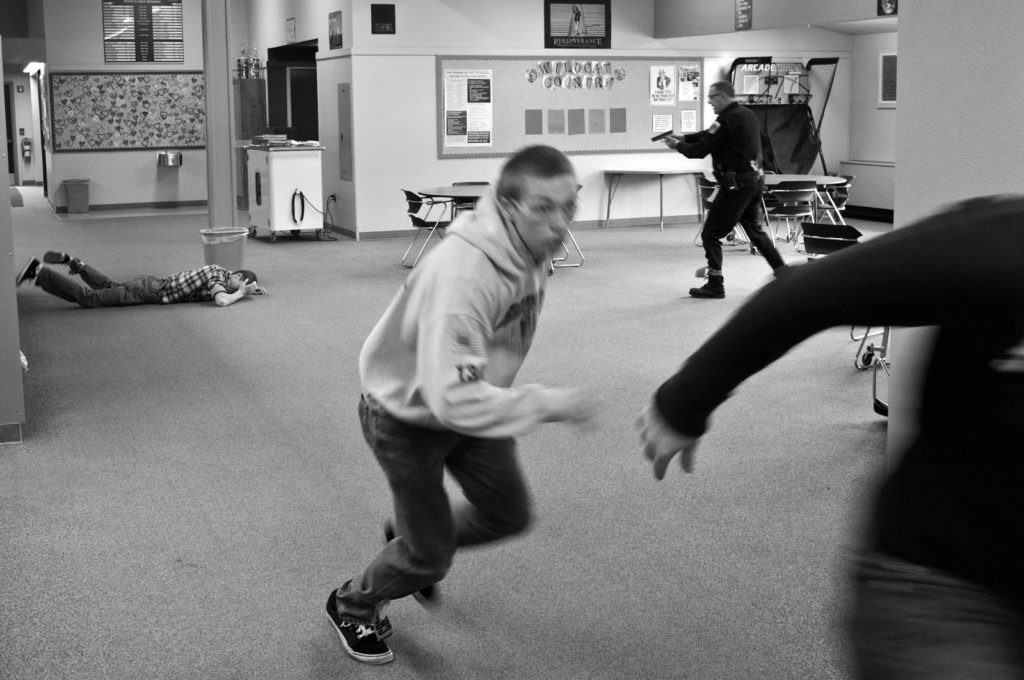 In 2021, an officer was ambushed while responding to a “suspicious person call for service” in Colorado. The officer was shot and killed by the suspect (who had been armed with a shotgun but then retrieved a rifle). A nearby good Samaritan bystander responded by shooting the suspect with a handgun. The Samaritan then picked up the suspect’s rifle. A backup officer arrived and found the Samaritan holding the rifle seconds after a shot was heard and people were seen running from his direction. Believing him to be the suspect, the officer shot and killed the Samaritan who reportedly did not make an attempt to identify himself.

Debrief: The Samaritan likely saved countless lives. The 2nd responding officer’s actions were determined to be a justifiable homicide and no charges were filed by the DA. In a situation such as this, police can’t really adjust their response. When responding to an “active shooter incident,” police often get little to no information. In a matter of seconds a report of “one person shot” can turn into 10. The guilty party in the shooting of the Samaritan, in this situation, falls on the original suspect. A civilian hero, who intervened, was unfortunately shot by an officer attempting to stop the killer. Neither the civilian nor the cop is at fault but we must both work to address efforts needed to reduce these types of accidents.

Stopping an Active Shooter: As a Grayman, consider your actions. Can you safely respond to a threat? What will be the secondary effects of your interference? How can you avoid being misidentified as the shooter? Keep in mind that our highly trained warriors (Soldiers, Police, etc) make mistakes, are you better trained than them? As a citizen weighing the decision to intervene, do you have the training, skill, and opportunity to stop the threat without making the situation worse? If you do, then react!

A report on “U.S. Military fratricide accidents”, found that “misidentification” and “cognitive misinterpretation” were 2 of the top 5 causes for “friendly fire”.

In 2016 a detective in plain clothes responded to a shooting, was subsequently confused as the suspect, and was shot dead by 4 other responding officers.

Only impulse-react if you’re stopping an imminent and immediate threat (IIT) to life. If the threat is not an IIT, you can still be justified in stopping the threat, but a non-IIT means you are expected to process and analyze the situation. Is an officer already on scene? Is the suspect reloading? Is there a hostage? Is he behind cover or concealment? Would it be safer to flee/hide since no other victims are present? Have I called 911 or advised LE I’m armed?

If you decide to stop the threat with lethal force, do so, assess the scene for security, and if no other IITs are identified, reholster, concealed if possible, render first aid as safe or appropriate. Be alert of other threats and be alert of responding officers’ arrival.

》Call 911 or direct another to call 911 and alert officer’s of your armed presence as a bystander. Provide a description of the event to the dispatcher, “I just shot the bad guy, he got away, I’m standing by in a blue shirt, suspect fled East in a red shirt, repeat bad guy in red fled scene, good guy on scene in blue.”

》Make no sudden movements (aside from a slow raising of hands outward and up if instructed, or able to do so before LE arrival).

Protect Your Trash From Identity Theft