Home Survival 101 Primitive Weapons – Getting Back to Basics

Primitive Weapons – Getting Back to Basics 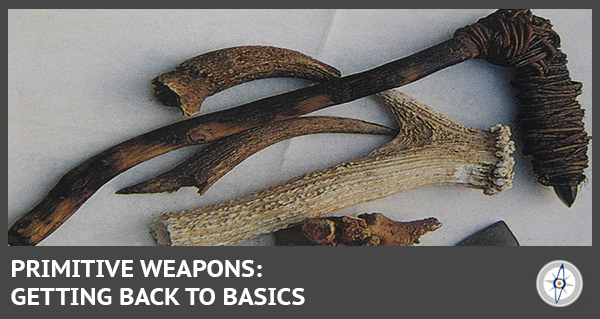 Since the dawn of man, weapons have been a priority for hunting and defending ourselves.  With hungry, large predators and other humans ready to attack, self-defense was vital.  In addition, weapons became more and more effective at taking down larger game.  This allowed man to hunt less often and feed more people.

There are different complexities of primitive weapons, and as they have developed further they made man more efficient.  Each still has its purpose, especially in a survival scenario.  It is always nice to have a firearm on you when disaster strikes, but often people are not that lucky.  Even if you have a firearm, ammunition will be limited.  In long term survival scenarios, you will want to know how to build and use primitive weapons. 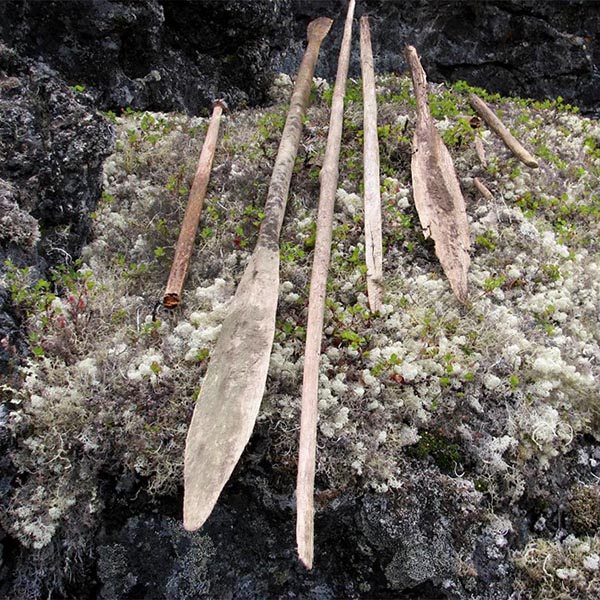 However, there are many misconceptions regarding primitive weapons.  While they are often the best way to defend yourself in a survival scenario, they are often not the most effective way to get food.  I am a big believer in calorie conservation.  If the effort you put in to getting food expends more calories than you get out of that food, there is no point.  You also must consider risk versus reward.  If you are risking any type of physical harm to get your food, it may not be worth it.

Typically my first choice for food is gathering wild edibles.  It requires minimal calories, can be done while completing other tasks, has a small amount of risk, and has a high success rate.  Fishing and trapping can also be good options.  Both of these options can be set up and checked once or twice a day.  Both options get you a good amount of protein with a smaller amount of calories expended.  Both options require minimal risk.

I typically use hunting as a last resort for acquiring food.  The odds of success are small, the risk is large, and it requires expending a high number of calories.  If I have a clear game trail that is close by or if I see a high population of animals in the area, these are scenarios in which I will take the time for hunting.  In addition, fighting with primitive weapons should not be your first choice when you encounter dangerous animals or people.

For wolves, bears, big cats, and alligators you are best to adjust your behavior to back away or scare them away.  Every animal will require a different response, so get to know the animals in the area.  You are also best to negotiate with people instead of fighting.  However, you do want to have a weapon as a last resort in case the animal or human attacks.  In this article we will cover several different primitive weapons you can use and how to construct them in a survival situation. 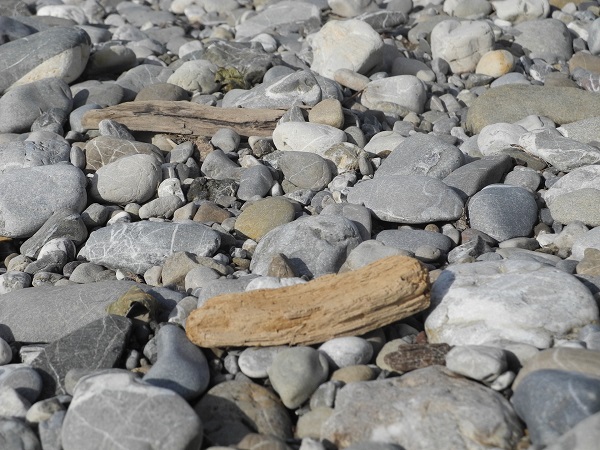 When people began searching for weapons for hunting and self-defense, their options were limited.  In many cases, picking up a rock or a stick was a good choice.  This gave the person the ability to attack from a further distance, and also to strike with more devastating force.  Using an object for blows protects your fists and other body parts from damage.  These objects were fine for self-defense and killing small animals at close range.

Some cultures still use throwing sticks to kill lizards, birds, and small furry creatures.  It is possible to be accurate with a good throwing stick at up to 50 feet.  Ideally, you want to find a stick that is two to three feet long with a heavy knot on one end.  These weapons do not need to be built, but practice is vital to accuracy.

The next progression in primitive weapon development was to extend the reach of sticks and sharpen the end.  Spears use piercing force instead of blunt, crushing force.  This allows for hunting and defense against larger animals or people.  They extend your reach significantly, so you can deliver a deadly blow from a further distance without ever throwing your weapon.  There are two general types of spears.

You can make a single-point spear for self-defense and for use on larger animals.  You can also construct a four-point spear for hunting small animals and fish.  Each should be at least shoulder high when held vertically so you cannot fall on your own spear. However, some cultures effectively use spears that are almost 20 feet long. Spears can be used with one hand or two depending on the length and weight.

A single-point spear is quick and easy to construct.  You will first need a strong, straight pole that is of the desired length.  Both green poles and dry poles can be used, but either way they must be able to take a blow without breaking.  Start tapering the point at least six inches from the end.  You need a long, sharp point that will pierce through tough hide and possibly between ribs.

You can sharpen your spear with a rock or preferably a knife.  If you have the time and energy, you want to strip all of the bark off of the spear.  This will reduce the weight and also make it easier on your hands.  To harden the tip, you will need to place it in or near the campfire to draw out any moisture.  Let your fire burn down to coals, and be sure that you do not actually catch the end on fire.  It should be blackened, but not burned. 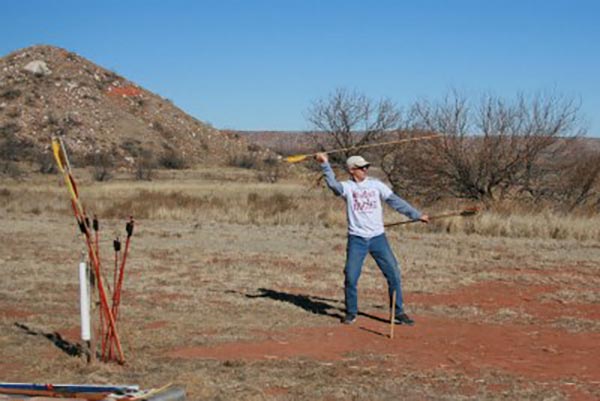 A four-point spear is an easy adaptation of the single-point spear.  You start out with the same type of pole, strong and straight.  You still want to sharpen one end and possibly strip the bark.  However, before hardening the point you will need to split and spread it.

Take a blade or sharp rock and split the tip one direction down several inches on the shaft.  Then turn it 90 degrees and split it again with a crack about the same length.  This gives you four points.  Next, use small sticks to shove in the splits and spread the points. You may then need to further sharpen the points to get them thin but strong for piercing.  Again, you will harden the points in the fire being careful not to burn them.  You can also wrap cordage above your spread sticks to hold everything in place if you have some.  This spear is great for stabbing small, quick animals or for pinning them to the ground until you can finish the job.

Spears should be used for thrusting or for sweeping strikes in survival scenarios.  A general rule of survival is to never throw your only weapon.  You might injure or irritate an animal causing it to attack, or you might just lose your spear.  Rarely is a person accurate enough and forceful enough to kill an animal by throwing a spear.

A few summers ago, I completed a life raft survival challenge in the summer in which I used spear thrusts to feed myself.  I stranded myself on a boat in the middle of the water for several days.  The only animals I could clearly see in the water were bullfrogs.  I was able to find some driftwood and construct a four point spear.  It took a great deal of practice, but eventually I was able to snag some frog legs for dinner using the spear.  It was the only protein I was able to find during that challenge.  It can be a very effective method. 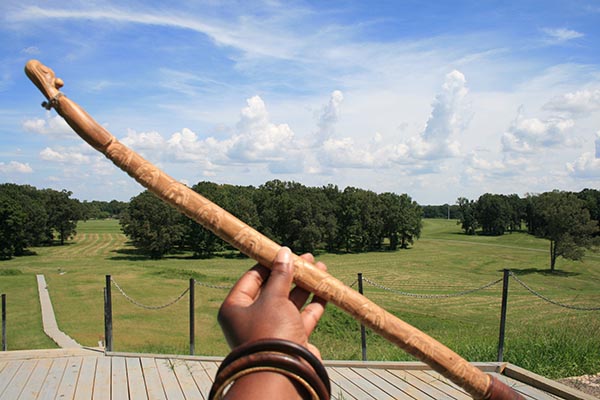 While spears are simple, easy to use, easy to build, and effective, they can require you to get somewhat close to your target.  With dangerous or quick animals like larger game, you really need a projectile that can take it down.  This allows you to hunt from further distances with piercing power.  The first thought was to find a way to launch a spear further, more accurately, and with more power.  This is when the atlatl was developed.

An atlatl uses a throwing arm to launch small spears with fletching.  The spear is normally a thin, single point spear with feathers attached at the back.  The feathers create drag which causes the spear to fly further and more accurately.  Despite being thin, the spear still needs to be strong enough to handle the impact of a throw.

Your choice of wood becomes more important. The throwing arm is a stick between two and four feet long with a hook on one end.  This extends your leverage when throwing the spear to give it more of a whip effect.  The spears and throwing arm must be carved so there is a notch point where they fit together.  With practice you can accurately kill large game at up to 100 yards. 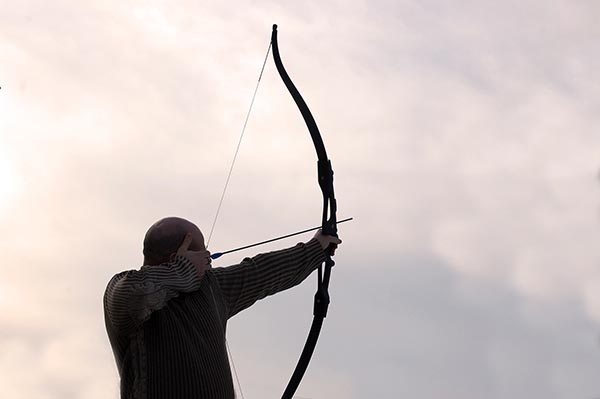 The bow and arrow is still considered a primitive weapon despite all of the modern developments that have been made.  You can make a bow and arrows in the wild with natural materials, but it is difficult to make an effective set.  They often lack power, accuracy, and durability.  The effort and time that it takes to make a bow and arrow set would be better used working on an atlatl.

There are several options for hunting and defense in the wild.  Typically, the more time you spend working on your weapon, the more hunting and defense options it will give you.  However, the most important step in the process is practicing your aim.  All of these weapons take hours and hours of practice for them to become a viable option. Especially if you are going to hunt, do not expect to build a weapon and bag a meal on your first outing.

How to Increase Your Food Supply with Wild Edibles