When I went to do my 10th survival challenge in the last three years, I really wanted to step it up a notch. After doing a great deal of research, I found an area in Southwest Colorado called Canyon of the Ancients National Monument. It was a desert area that was roughly 6,000 feet above sea level.

I called the Department of the Interior and spoke with an employee that directed me to two canyons that he hikes on a regular basis. He indicated that nobody ever goes there, so I would have complete isolation. There would be thousands of Native American wall paintings, artifacts, and structures along the way. What there would not be was water, food, or help of any kind.

It was made very clear that he was the only full-time employee for an area of 173,000 acres. He warned that if there was trouble, I would be on my own. There was nobody to call and nobody with which to file a trip report. I have handled some rough terrain and adverse conditions on my survival challenges.

But I’ve never done a challenge completely cut off from the outside world before. I was told that there was zero cell phone reception as well. I was going to be truly alone, and this made the challenge the most dangerous of my life. I wouldn’t suggest anybody attempting a similar experience by themselves. You will soon understand why.

I drove straight through from Columbia, Missouri to Cortez, Colorado. It ended up being a 20 hour drive because I couldn’t sleep so just kept driving. When I left the highway, it took almost 30 minutes on a gravel road to get to Yellow Jacket Canyon. 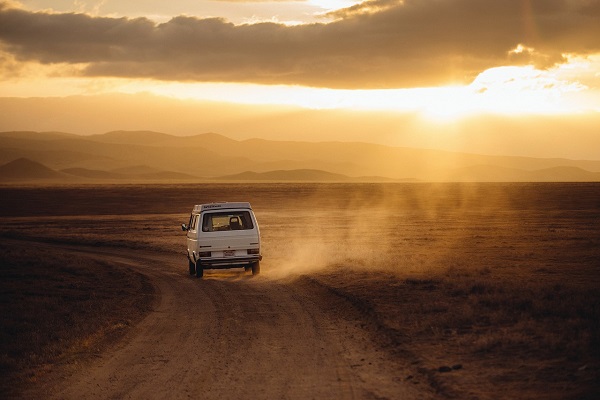 The representative from the Department of the Interior told me there was a service trail to drop down into the canyon near the parking area. I parked and then checked out the service trail. It was an almost vertical drop down 1500 feet plus the wind was blowing with gusts of 30 to 40 mph. There was no way I could follow this trail with a 40 pound pack on my back without falling. I’m a hiker, not a mountain goat. I decided to regroup and find a different way into the canyon.

I got a hotel room and sat down to review topographical maps of the area. If you don’t know how to read a topographical map, I highly suggest that you learn. There was a side canyon that ran adjacent to Yellow Jacket Canyon that I could follow. I found the lowest possible point off of the ridge and decided that would be my path. I would start early the next morning with my decent. 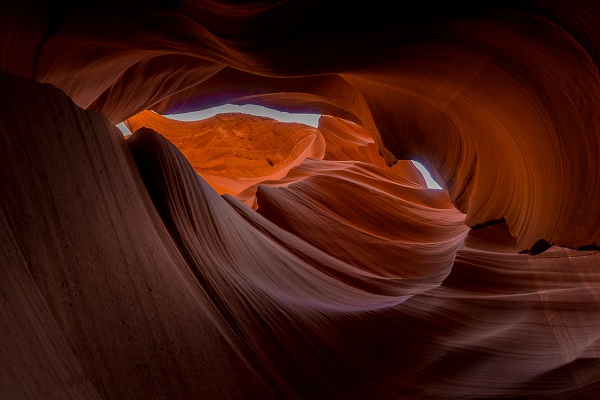 In the morning I geared up and strapped on my pack. I had plenty of survival gear, a breakdown .22 caliber rifle, some rice for a meal, and two bottles of water.

It was suggested that I bring at least three gallons of water, but as part of the challenge I wanted to force myself to find water…that was a big mistake in the high desert.

I saw signs of water on top of the ridge but it was a different story in the canyon. I dropped down the rocky and brushy terrain, dodging cacti while trying not to break an ankle. It was by far the toughest terrain I’ve ever faced. I saw several animal skeletons along the way that made me start to wonder if it was a mistake dropping into this canyon. Everything was bone dry.

As I finally reached the adjacent canyon, there was a dry creek bed that would be my highway for travel. I hiked along trying to ration my water, but it was going fast. It was completely gone after just three or four miles. The sun was beating down and the weight of my pack was starting to wear on me. The boulders became larger the further I went down the creek bed. I finally came to a large drop and had to consider my options. I could keep going, but was tired and dehydrated. Instead I decided to set up camp and make a decision in the morning. The plan was to continue down the canyon once I’d regrouped. 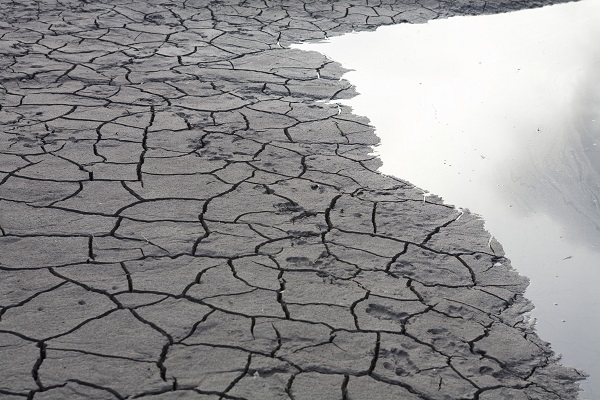 I found a shady spot up off of the creek bed and set up camp. I strung my survival hammock between two trees. After resting for a bit, I had some work to do. I was assigned to review a few products, one of which was a filter bottle. I dug a small well at the bottom of the dry creek and gathered an ounce or two of water.

I was able to get another few drinks of clean water using the filter bottle. I saw some birds and lizards but couldn’t get a good shot off with the rifle. I hung a bear bag with my food and I turned on the AM radio to ward off bears as the sun set. There were several in the area and I didn’t care to meet them. I had dodged rattlesnakes, mountain lions, and scorpions all day. I just wasn’t up for facing more dangerous animals.

I wrapped up with an emergency blankets in my hammock and decided not to light a fire unless absolutely necessary. I went ahead and collected firewood just in case but didn’t want to risk a wildfire. The area was very dry with crazy winds. I was actually able to make it through the night with no fire and just the emergency blankets.

It definitely was a lot more comfortable than sleeping on the ground. As the sun came up, I pulled down my bear bag and got set to cook breakfast. I was also reviewing a water kettle with a rack above to cook food. I started a small fire inside the stove and set up the kettle to cook rice. I expected to have some energy after eating. I was wrong.

After eating and resting for a bit, I stood up to urinate. I almost couldn’t stand. Why was I so weak? I urinated and had my answer. It was bright orange. My dehydration was a lot worse than I thought. If I continued down the creek and didn’t find water, that would probably kill me. Thinking about my wife and young son, I decided it was time to get out of this canyon.

Being so dehydrated, I had doubts about my ability to make it to safety. I broke down my camp, extinguished the fire, and headed out. It was still early enough that the temperatures were cool, so the sun beating down on me wouldn’t be an issue.

I started retracing my footsteps but could only make it about 100 yards before having to take a break. How would I ever cover the miles needed to get out of this canyon? It felt like I hiked forever, pushing through thick brush and climbing over boulders. I kept having to stop and rest as my legs seemed to be nearly worthless. I started to worry about making it back to my vehicle. 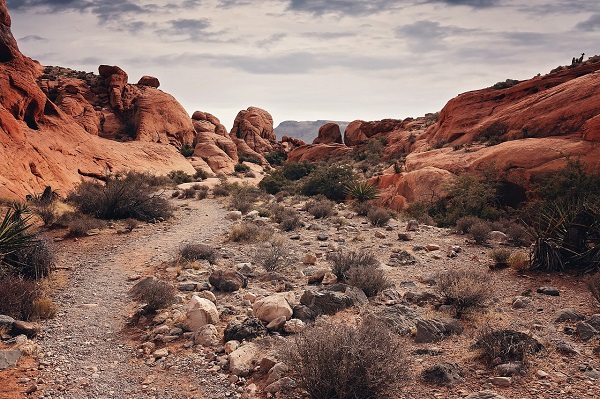 I rested under a pine tree and contemplated my options. If I kept pushing to get out of the canyon, may not have the energy needed to drive out. Dropping my pack would help but then I would have to come back to the canyon to get it. Finally, I could lie under the shade tree and die.

The thought of my wife and son, Andrew, made me realize I couldn’t give up. However, I was unwilling to leave the canyon only to be forced to come back into it. I would push through. At this point I could only make it about 20 yards before needing to rest.

I was close because the terrain was getting steep. I stopped to rest under a tree and sat on a prickly pear cactus. Things couldn’t get much worse. As I climbed up the side of the canyon, there were several times in which I almost fell back to the base. Thankfully I worked my way out of the canyon, found the car, and made it to a hotel. 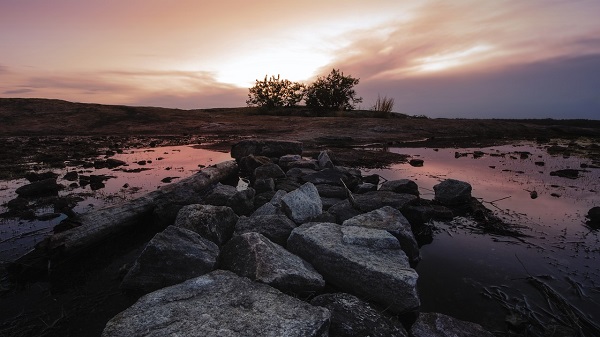 This experience showed me that these challenges I do can turn into real survival in a matter of moments. I truly feel lucky to be alive after this experience. While I would have liked to have spent more time in the canyons, I couldn’t risk dying of dehydration.

It was an experience that changed my life and I don’t plan to return to the desert any time soon. When I do face the desert again, I won’t underestimate the need for bringing water.