The following is an experience shared from Sonny, the founder of sixsight.co. Sonny served as a commando & spent time in the clandestine world of corporate espionage as a spy & a surveillance operator, as well as a bodyguard for some of the world’s elite. 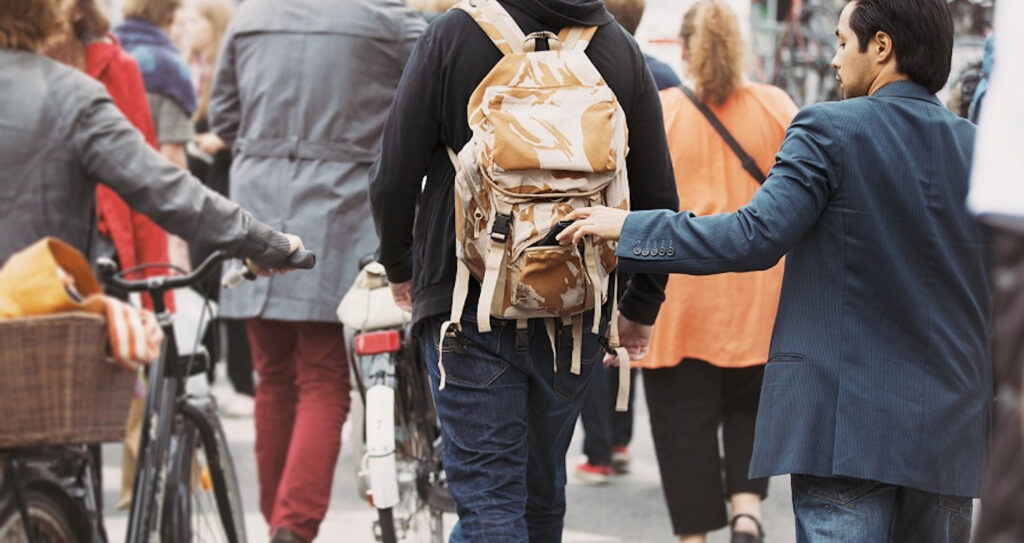 “I finished a solo protective surveillance job on the wealthy and exclusive Italian island of Capri a few years back. I was tasked with looking after a client and his family from the shadows, the problem being the only people on the island are rich businessmen and local Italian workers. My white linen pants, gold framed sunglasses and flowery shirts had the locals speaking to me in Italian, I had passed the test of being an insider, something I was extremely proud of in true Grayman fashion. After escorting my principal to the airport on the mainland city of Naples, I had a night on my own before my flight back home the next morning.

I celebrated a successful operation with a few beers out in the local bars. The stay wasn’t planned, so I had no reserved attire for this change of environment. The flowery shirts and white linen pants didn’t blend in so well in this notoriously high crime rate area.

I knew I stood out like a sore thumb but I wasn’t going to miss the opportunity for a little R&R. I headed out to the shopping district with my designer sunglasses and headphones in. Do as I say, not as I do!

It wasn’t long before I spotted a guy scanning the crowds. He was standing tall, with his head on a swivel and was in a good tactical position on the side of the walkway with his back against the buildings.

I knew from my research that eastern European street gangs are prevalent here. His clothes fit the profile and his situational awareness was like a beacon to the trained eye.

As I approached I saw him notice me and gesture to someone else on the sidewalk out of my sight. They fancied their chances of a pickpocketing attempt.

I lowered the volume to my headphones whilst my hand was still in my pocket. As to not give the game away to my awareness I continued to pass the guy without altering my behavior.

I noticed a large department store window running parallel to my right. As I strolled past I glanced to check my hair in the reflection, or so an onlooker would have thought. Instead, I got a clear look of the guy approaching my rear. A scraggy looking fellow whose jagged movements stood out as he hurried to get closer behind his unaware tourist victim.

Still, I stayed calm and continued on. Ahead I saw a large glass advertising board on the side of a bus shelter and lined myself up to walk toward it for another perfect reflectional look-back opportunity.

I could clearly see him scurrying up behind me, 6 or 7 yards to go.

I passed the bus shelter and relied solely on my hearing to monitor his whereabouts.

After a few more yards I could hear his steps behind me, he thought I was easy pickings.

All of a sudden, I spun 180 degrees in an “about turn” and was face to face with the guy. I said in my thickest British accent ‘alright mate how you doing?’

He nearly fell over backwards in shock like a rabbit caught in the headlights.

After that, he cracked a smile and we both communicated without words- I heard “ok bro you got me”. I laughed to myself as I headed to the next bar.

It wasn’t a smart idea on my part, but I do like to run my own little training exercises.

Reflectional look-backs are shown in movies usually just before the spy spins around and disarms the crook with a flashy move. The gun disarm may be a bit far fetched but the reflectional look-back is a great tool for seeing close distances behind yourself without giving the game away of your awareness. Reflections are often utilized to see what is directly behind you whilst walking on the street. If someone is about 20 yards away, you’ll struggle to see them. This technique is better for seeing closer distances of 5 to 10 yards.

This means a reflectional look back could give you just enough time to prepare for an imminent attack like a mugging from a person you’d previously spotted behind you. It could give you those few extra seconds to draw a firearm or mace to defend yourself in some circumstances.” ~ Sonny