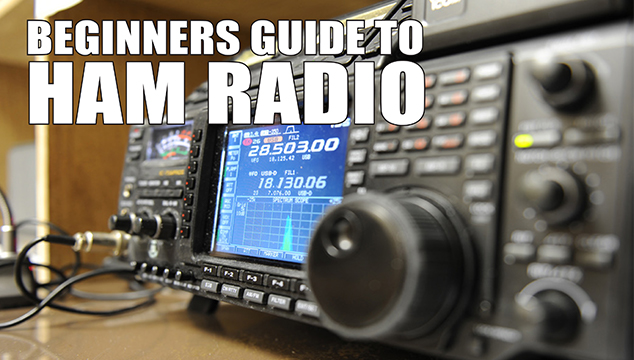 There are numerous tools to study for your license, these include web based and smartphone applications with flashcards. There are also practice tests as well as study guides and textbooks in a number of different formats to suit your learning style. There are also some very good videos on YouTube. You can also find local ham clubs that offer classes in a number of different format. For more information on studying see the article Best Ways to Prepare for your Ham Radio License.

Finding and taking a test

The entry exam for Technician level is 35 questions taken from a question pool of about 450 questions. There are local clubs or test teams in most areas that offer exams on a regular basis. They are coordinated through Volunteer Exam Coordinators (VEC’s). The VEC’s have agreements with the FCC to have local teams and to send the applications to them. There are 14 VEC’s and the FCC allows them to charge up to $15 for exams. The Laurel VEC is the only one out of the 14 that doesn’t charge for exams. Their website lists teams and test dates. Other test sites can be found on the Amateur Radio Relay League (ARRL) site. Laurel teams will usually have your new call sign issued by the FCC the next business day. Other teams can take 10-14 days or more. 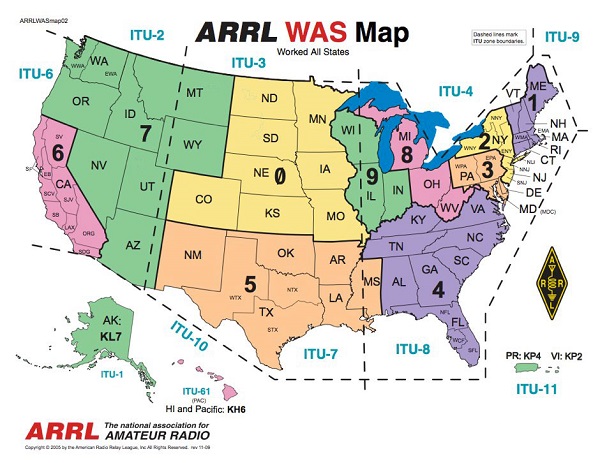 Your new call sign is issued sequentially based on the geographical region you are in. It will typically be a 2×3 format that is two letters, a number for the region you live in or the address you provide, and three letters sequential from the list. For example, KE0PDQ.

A vanity call sign is one that you choose once your licensed. This is free through the FCC Universal Licensing System (ULS) website once you’ve decided what you want. The best place to search for available call signs is www.radioqth.net.

Many people get a radio before they have a license. This lets them listen and learn how to use it. This is perfectly OK as long as you DO NOT transmit without your license. If you have a friend that is a ham, you can use their license as long as they’re nearby.

The most common mode that ham radios are used in is analog FM. There are a number of digital modes and repeaters that you’ll likely come across but that’s beyond the scope of this article. The two most common bands that new hams use are the 2-meter (144.0 – 148.9MHz) and the 70-cm band that is often called the “440” band (420.0-450.0MHz). Most ham radio manufacturers offer dual-band handhelds with these two in them.

Many people buy a handheld radio as their first one. It’s easy to carry with you everywhere. The Chinese Baofeng radios are very popular with new hams due to their low price. The current models are the UV-5R V2+, BF-F9 V2+ & UV-82 V2+. The UV-5R V2+ are about $35, but older model UV-5R’s can be found for less on sites like Amazon. The UV-5R and BF-F9 mostly have interchangeable accessories. Beware of sellers on eBay and from China as there have been numerous reports of products not arriving.

The Baofeng radios will transmit outside of the ham bands, such as on the General Mobile Radio Service (GMRS), Family Radio Service (FRS), and Multi-Use Radio Service (MURS). The radios aren’t certified or approved under the FCC rules for those services. That being said it’s not a bad idea for a prepper to have a number of these stored away in a Faraday cage/box for emergencies. The Baofeng’s can be a little more difficult to program than a standard ham radio, see more in Getting On The Air below.

As with computers, memory capacity usually drives up the price. The Baofeng radios usually have 128 memories. The entry level ‘ham’ radios, such as Icom, Kenwood, Yaesu, Alinco, etc. have 200. The next level up usually has around 1,000 memories. 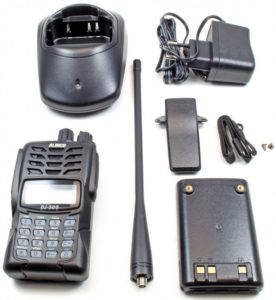 For example the Alinco DJ-500T, which is on sale right now at Ham Radio Outlet (HRO) for $92.95, has 200 memories. This is an excellent entry level radio.

As with any radio you buy, make sure you can get battery packs that hold AA batteries in order to use rechargeable ones.

Other radios you might consider are those with the 1.25-meter band (222MHz). It’s a very under used ham band and therefore offers some discrete capabilities for group communications. For more details on communications for your group see the article Developing a Communications Plan For Your Group and Codes and Ciphers. BTECH has the UV-5×3, modelled on the Baofeng UV-5R, which is a tri-band with 2-meters, 70cm (“440”), and 1.25-meters. It’s available for about $60.

The nearest tri-band radio made by traditional ham manufacturers is the Yaesu VX-6R for about $240.

Additional accessories you should consider for your radio will be discussed in another article.

Getting on the Air

The two primary methods you’ll use are simplex and through a repeater. Simplex is where you talk and receive on the same frequency. It’s sometimes called ‘direct’ as one radio is talking directly to the other. The distance you can talk on simplex depends on the power of your radio, the efficiency of the antenna, and the terrain or objects in between the two radios.

Repeaters are essentially two radios working back to back. The repeater receives on one frequency and transmits on another, the radio operates likewise. The repeater typically receives the lower power signal from the radio and re-transmits it anywhere from 30 to 100 watts. This means it covers a large area. 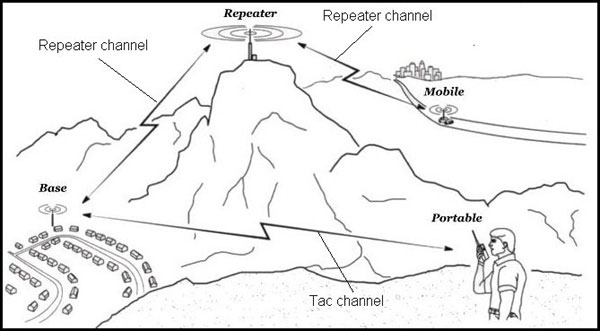 A search will give you the information that’s needed to program your radio;

The offset is the difference between the receive frequency and the transmit frequency and the – in front indicates that it’s negative. In other words, when you push the transmit button the radio will transmit 0.6MHz below the receive frequency. The offset varies with different bands or frequencies. Most radios manufactured for the ham market know that specific frequencies have a positive offset and the other a negative. There are some repeaters in certain areas that don’t follow the normal pattern and you have to manually change that setting. Baofeng radios are not pre-programmed with this offset information. You have to program both the offset amount and the direction manually with those.

Tone is a sub-audible tone that is transmitted with the radio signal. It’s used to prevent interference on the repeater as the repeater needs to ‘hear’ the input signal as well as the tone in order to operate. There are several different types of tone:

If you click on the frequency on the repeaterbook listing it will show additional information about the repeater.

In the example below the Tone In/Out indicates that the repeater is sending a tone when it transmits so you can use the tone squelch option.

The call link provides a link to the club that owns the repeater. If you use a repeater regularly, think about joining the club as your dues contribute to the operation of the repeater. Some clubs maintain a number of repeaters.

Wide Area indicates that due to the location of the repeater, it covers a large area. I know some along the Rocky Mountains that cover from the Colorado/Wyoming border to almost the southern Colorado border.

Echolink is one of a number of different voice over radio linking methods that allows a user to connect one repeater to other repeaters anywhere in the world. However, this is beyond the scope of my article.

Ham radios allow you to store repeater and frequency information in memories for quick access. There are two ways to program repeaters and simplex frequencies that you want. One is direct entry from the keypad. This can take some learning until you understand how the menus are laid out. You’ll also need to know any abbreviations the manufacturer uses for such things as the CTCSS. However, you should know how to program your radio from the keypad.

Another way is with a computer program. There is a free open-source program called CHIRP that will program the basic information into many radios. You do need to make sure that it’s the right programming cable. There are reports of issues with some cables working with CHIRP. RT Systems develops software for most radios and it allows you to program some of the other features of the radios, such as display colors, etc. The format is a spreadsheet type layout that allows exporting and importing. This makes it very easy to put the same program in different radios.

Read the article Best Ways To Prepare For Your Ham Radio License for information on studying and finding a test near you. Once you’re license and have chosen a radio, get on the air and practice. Become familiar with your radio and what the coverage is of the repeaters in your areas. Read the article Developing A Communications Plan For Your Group so your family and friends can keep in touch in an emergency.

73 and I hope to catch you on the air sometime.