The modern safe room or panic room is a fortified room built as insurance against theft, storms, earthquakes and the like. A fully loaded, state-of-the-art safe room can cost upwards of $60,000. That’s incredible considering the safe room’s humble origins.

(don’t panic, you can get started with a fortified closet for around $3000)

Let’s take a look at how the safe room has evolved over time, as well as what you want to consider when constructing a modern option for your family.

A priest hole is the term given to a hiding place for a priest built into many of the principal Catholic houses of England during the period when Catholics were persecuted by law. When Queen Elizabeth I came to the throne in 1558, there were several Catholic plots designed to remove her and severe measures were taken against Catholic priests. 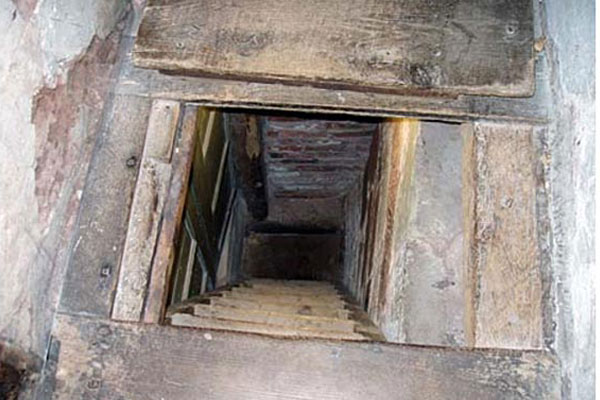 Priest hole in the cupboard of Harvington Hall, Worcestershire
Many great houses had a priest hole built so that the presence of a priest could be concealed when searches were made of the building. They were cunningly concealed in walls, under floors, behind wainscoting and other locations and were often successful in concealing their occupant.[1]

The Underground Railroad was a network of secret routes and safe houses established in the United States during the early-to-mid 19th century, and used by African American slaves to escape into free states and Canada with the aid of abolitionists and allies who were sympathetic to their cause. 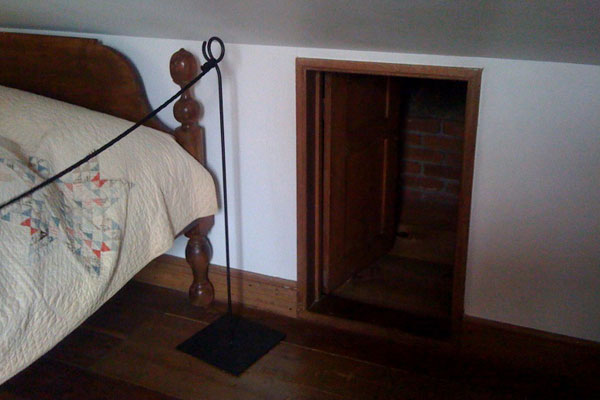 Entrance to a secret safe room at the Levi Coffin House in Indiana.
The escape network was not literally underground nor a railroad. It was figuratively “underground” in the sense of being an underground resistance. It was known as a “railroad” by way of the use of rail terminology in the code. The Underground Railroad consisted of meeting points, secret routes, transportation, safe houses, and personal assistance provided by abolitionist sympathizers. [2]

In the 1920s, hidden rooms stashed Prohibition-banned booze and other illegal activities. Illegal bars, called “speakeasies”, were often concealed behind, above or below seemingly legitimate businesses designed specifically for illicit bootlegging activities. [3] 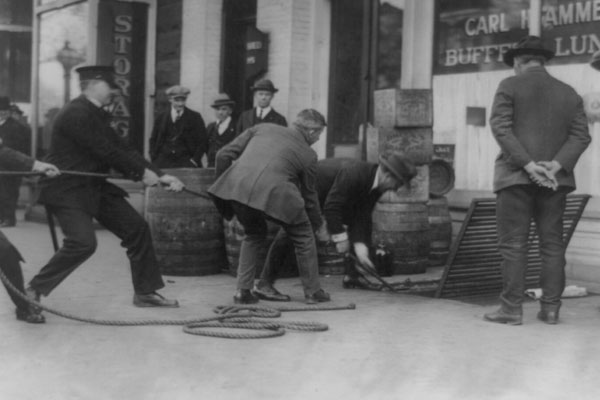 Prohibition Officers Raiding the Lunch Room of 922 Pa. Ave., Washington, D.C.
Many personal residences also had secret rooms hidden by sliding bookcases and the like where alcohol could be stashed away from prying eyes.

A storm shelter or storm cellar is a type of underground bunker designed to protect the occupants from violent severe weather, particularly tornadoes. They are most frequently seen in the Midwest (“Tornado Alley”) and Southeast United States where tornadoes are generally frequent and the low water table permits underground structures. [4] 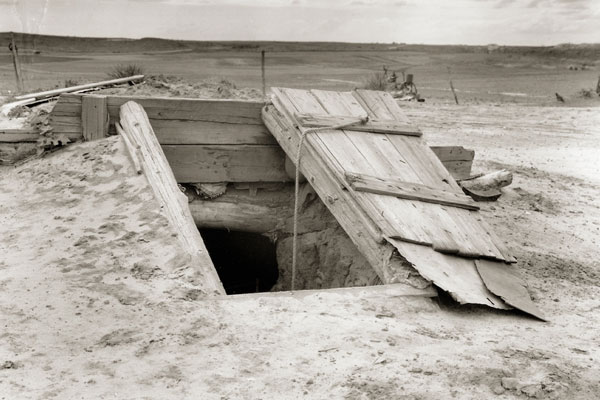 The shelters that were common in the 1930s and 1940s, if not earlier, were usually no more than a concrete-lined hole with a locking metal door. They were seldom larger than a walk-in closet and were designed to protect a handful of people for only 20 or 30 minutes — just long enough for the storm to pass. [5]

During the Cold War, many countries built fallout shelters for high-ranking government officials and crucial military facilities, such as Project Greek Island and Cheyenne Mountain nuclear bunker in the United States and Canada’s Emergency Government Headquarters. A fallout shelter is designed to allow those inside it to avoid exposure to harmful fallout from a nuclear blast and its likely aftermath of radiation until radioactivity has dropped to a safer level. A basic fallout shelter consists of shielding that reduces gamma-ray exposure. 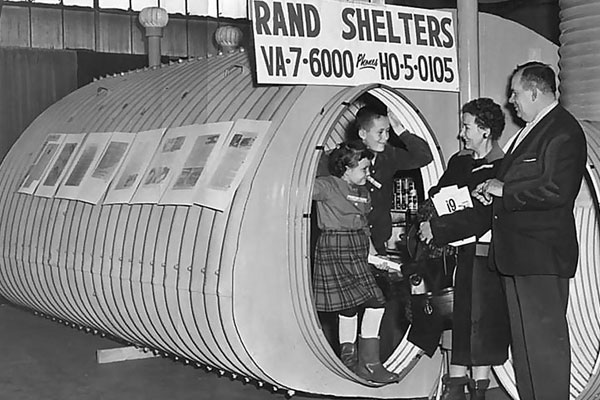 Many shelters built during the 1960s were not designed well. They might block radiation, but were not built to hold people long enough for the threat to dissipate, because they lacked air-handling and waste-disposal systems. [6]

The nuclear fallouts shelters from the 1960s inspired the beginning of the modern residential panic room on the west coast in the 1970s. 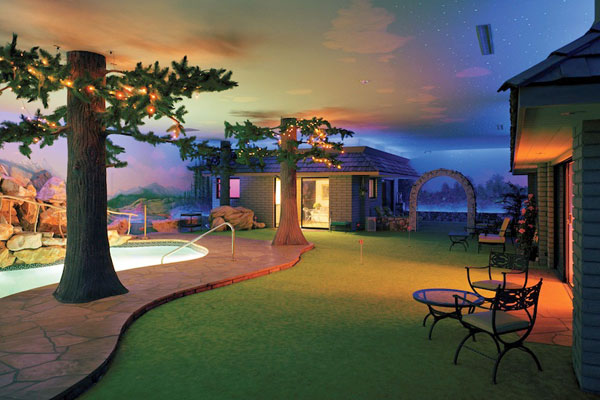 1970s Cold War Era home built 26 feet underground
Those original American bunkers, which were large, prefabricated steel boxes bolted onto concrete floors, quickly developed into sophisticated, internal fortresses. They appeared in every new mansion in Los Angeles, and then in a host of Manhattan executive suites and town houses. [7] 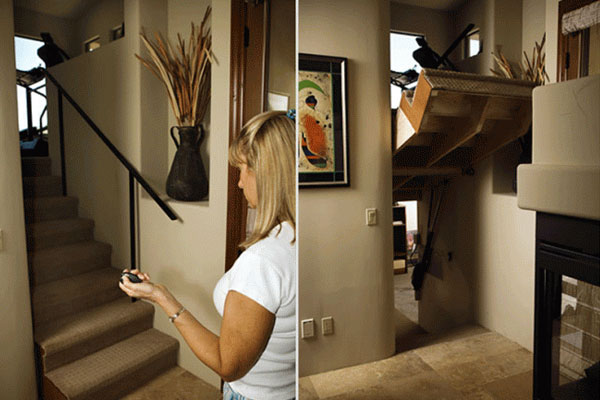 The modern panic room is simply a reinforced room that can provide safe shelter in the event of a home invasion, tornado, hurricane, earthquake or the like. Basements, walled off portions of the garage, and interior closets are currently being converted into safe rooms.
High-Tech Hidden Entry – from realworldsurvivor.com
Modern safe rooms feature keypad locks, video monitoring systems, hard-wired communications, weapons and stockpiles of emergency provisions.

Take a look at the graphic below for an excellent overview of what you should consider when building your own modern day safe room.

Preparing Your Home for “Bugging In”

How to Get Your Significant Other On Board...