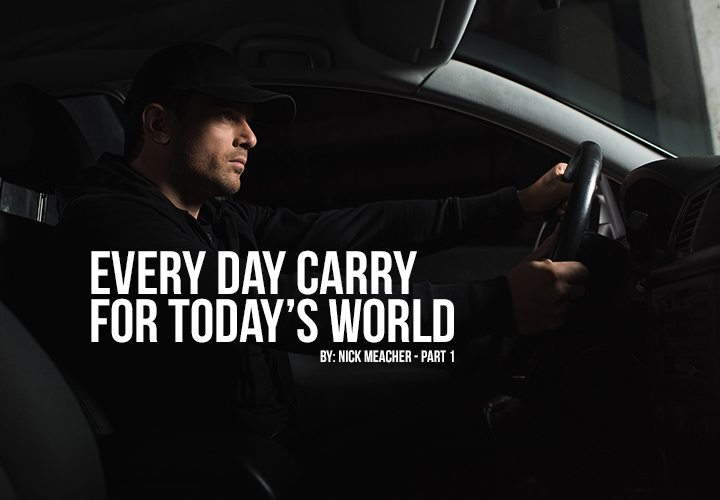 Let me premise this article with a few points you need to consider: First, you must research local laws for yourself as some items or actions discussed may be illegal in your location. Additionally, while carrying some items may be generally legal, there may be places that prohibit these items from their building, such as airports or government buildings. Again, know your local laws. Discussion of specific items does not constitute an endorsement; I may mention them because I have them, may have used them, or may know people who have. Again, do your research before buying or carrying anything.

We Have Increasing Organized Unrest and Violent Protests

If you have been paying attention, you may have noticed that there is increasing unrest, protests are becoming more violent and more frequent, and it will continue. Read the article “Operation HYPO After Action Report: Infiltrating Violent Protest Organizations,” and you will understand some of the thoughts and planning of these groups. People are calling for the assassination of POTUS or hostile overthrow, including some who are high profile. The assassination of LEO’s and attacks on anyone who appears to support POTUS are commonplace. If you look at videos that are posted of the disorder and riots, some published by the protesters themselves, you may notice that they are getting more violent, and more organized. They are wearing the same type of clothing, all black with no insignia, and scarfs over their faces to make it much harder to identify them. They are carrying items to use for assaults and for causing damage, such as road flares, so it is easier to light a fire; they burn hotter and longer than matches.

“A general who attacks with fire is demonstrating his intelligence” Sun Tzu.

They are carrying crowbars to smash windows and sticks or baseball bats to attack people. They are carrying mace to spray counter-protesters and police. They are prepared with shields and not just improvised ones from trash can lids. They are using smoke grenades improvised from smoke distress flares, as well as fireworks. They are throwing liquids to include urine, and it is possible that they will escalate to gasoline, caustic chemicals such as acids, etc. They have improved their methods for communicating and coordinating their activities at each successive event, and their levels of violence have increased with each consecutive event. Their actions are right out of the playbooks for guerrilla warfare and insurgency and The Rules of Radicals.[1]Someone is funding them; if you track the various groups back, many lead back to George Soros.[2]Someone is also training them. In addition to these activities, there are large groups of government employees who are so outraged, scared, or for whatever other reason anti-POTUS who are conducting activities to counter the agenda or instructions of the government, some overtly and some covertly. Add to all this that the mainstream media is either misreporting or under-reporting what is really occurring. All this we are seeing in the first couple of weeks of a POTUS who is against the globalists and who completely upset their plans by winning the election.

What is their end game? It is to create a divide, a very large divide. The continued attacks on LEO’s may cause some to question if they want to stay in that line of work. Attacks may escalate to other responders. We have seen firefighters attacked when they respond to put fires out during riots, and we have also seen firefighters attacked presumably because their uniforms resemble police. They are trying to push a conflict, trying to get law enforcement to become more heavy-handed in dealing with them, to draw the National Guard in, to create a martial law so they can create a “bad government versus we the people,” trying to get the citizens enraged enough to draw them into direct conflicts. I hope I’m wrong, but with snowflakes looking at four years of “a new Sheriff in town,” how far are they going to go?

In discussing these events with people far more knowledgeable than me, these are the same tactics and sequence of events that led up to the civil war in the Bosnian war as well as many other civil “Dirty War[3]” conflicts in various parts of the world. Who wins in these wars? The people who are banking them, the people who own the companies who manufacture weapons, and the international banks behind them. Add this to the number of these groups who support Islamic migration and what their end goal is. Look what is happening in Europe; they are doing all they can to grind countries to a halt, so they give in to their demands of Sharia law, including trying to stop commerce by blocking the movement of goods along highways. It’s only going to get worse.

“A general who recklessly underestimates the enemy is sure to be captured.” Sun Tzu.

So, what should you be doing? Many people thought that once Trump was President, they could relax a bit on the preparedness and training activities. Wrong! If anything, your activities need to increase. The purpose of this article isn’t to go into what you should be doing for those activities, although that could be another article at a later date. This article is about what you need to be doing so you can go about your everyday activities with confidence that you are prepared in case you find yourself caught up in a protest.

“Foreknowledge cannot be found by consulting the spirits,” Sun Tzu.

Do Your Intelligence Work

First, you should be doing your intelligence work. You should know what is going on in the community that could impact you. To get advanced notice, monitor such things as who is applying for permits to hold a protest. Most towns/cities require some permitting process, whether you agree or disagree with paying to exercise your First Amendment right. For our purposes right now it helps, because many agencies post these applications on web sites. Search their web pages and social media sites; they usually post/advertise their rallies, etc. Know precisely what the First Amendment rights are, and the actions of these groups are going to deny you of your rights. These activities will give you some advanced warning, and you can plan your activities to avoid those areas. However, there is now a new twist, as a group in Denver are filing a lawsuit against the City because the permit notice requires a seven-day advance application[4]. Know who these groups are and those that are in your area. For example, in Colorado we have Rocky Mountain Antifa, Four Corners Antifa, Denver Anarchist Black Cross, Denver Autonomous, 5280 BLM, Denver Justice League, La Raza, and Occupy Denver Anarchists; all these groups are active in our universities and probably yours. Also, you have the Anti-Antifa group, which are neo-Nazi, and Sovereign Citizen and hard-core biker gangs, such as the Outlaws. Of course, do not forget the Mexican Mafia and cartels, who have influence in most major cities, especially those close to our southern border, and all the other gangs who may align or make allegiances with some more radials groups. MS13 is known to use other gangs to do most of their “front line” activities. If you have a group of like-minded folks formed into a group someone should be your intel person– someone who knows how to find, track and keep intel on the groups in your area.

“The ultimate achievement is to defeat the enemy without even coming to battle.” Sun Tzu.

The highest form of warfare is to out-think the enemy; next is to break his alliances. They are conducting a psychological war right now, as well as small battles each time they “win” by blocking access to places where people are speaking– blocking people from exercising their First Amendment rights. We need to be conducting our own psychological warfare. The Secret Art of War, The Thirty-Six Strategies, is a collection of ancient Chinese proverbs (from around AD 489-537) that describe some of the most cunning strategies devised. There isn’t a definite text, as it appears, they were handed down verbally. The earliest book that lists them was found in a stall in 1941. There are a couple of source books listed in the references at the end of this article, and I did find this listing of them all on the web5. They are utilizing some of these strategies: “When the enemy is too strong to attack directly, then attack something he holds dear. Know that in all things he cannot be superior. Somewhere there is a gap in the armor, a weakness that can be attacked instead.” In other words: You may try to attack the relatives or dear ones of the enemy to weaken him psychologically. Threats have been made to the children of reporters and others who are outspoken and reporting the truth of what these activists are doing and planning to do, and who is behind them.