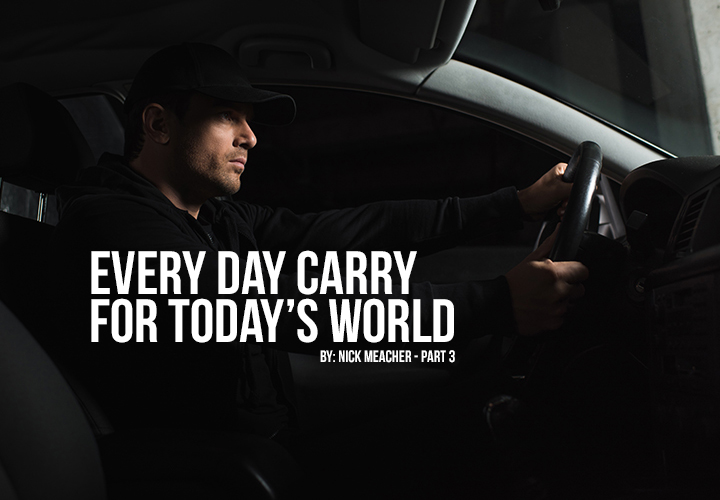 Options If You Get Caught In A Protest (continued)

I mentioned eye protection above, but one of the most vulnerable areas you have is your head. Bike helmets will provide a level of protection against impacts and won’t look too out of place. Have you noticed the way police are using bike officers in civil unrest? They use a helmet to protect the head, safety eyewear to protect from the wind while riding (wink-wink), and a bike that forms a barrier wider than two or three officers and they’re not as conspicuous as a riot shield and baton. Protect your hands as well. Mechanic type gloves will help with grip, but make sure you can still handle weapons and other items. Make sure you practice with your weapons et cetera with your gloves on.

A walking stick makes a great defensive weapon. Get a good wood one, not an aluminum one. While aluminum walking sticks usually collapse and could be stored in a pack, they are not going to stand up to blocking a baseball bat. Get in the habit now of using it all the time, so it doesn’t look out of place. Learn how to use it to block blows and disable attackers; even the largest attacker will go down when their knee is struck hard and at the right angle.

A young person might look out of place with a walking stick. Smaller defensive weapons, such as kubotans, are very effective and come in a variety of types, and there are plenty of videos on how to use them on YouTube. However, depending on where you work, you may not be able to carry one, as they are easily recognized, even the ones “disguised” as key chains. Alternatives are small flashlights, like the 5.11 ATAC A1, which takes a AA battery, or the ATAC L2, which is slightly longer, uses two CR123A lithium batteries, is brighter, and has a switch to prevent it being turned on accidentally. Both of these flashlights fit into a closed hand and have ends that have notches that increase pain upon impact as well as grab some DNA from an attacker. They both also have low intensity and high intensity as well as a strobe effect, which is great for disorienting an attacker. I also carry a Streamlight ProTac HL, which is brighter and a wider beam, even with the three settings and a knurled end; however, it is larger and not easy to put in a pocket. You can wear it in the pouch on a belt. I carry mine on the outside of my backpack, as I have the ATAC L2 in my pocket all the time. If it is night, you could also carry a larger flashlight made of metal. I prefer the “C” cell battery size, as it is just the right size to use as a kubotan, and it’s easy to carry on a belt with the belt ring. I’ve never been through any security screening where my flashlights have been questioned.

Another easily concealed and non-obvious “weapon” is a pen. There are many “tactical pens” usually made from aircraft grade aluminum or steel and are thus stronger than your average pen. Their designs vary, but they typically have an “impact point” designed to break glass but will easily create a very nasty and disabling puncture wound, especially in the chest. Some have a notched end to grab DNA, and some also have a flashlight. These are used just like a kubotan, but you can also write with them, and they will pass through security checkpoints. You can, of course, improvise a similar weapon from rolling up a magazine.

A stun gun might also be an option, depending on your local laws. These I would put into the category of a defensive weapon as you would deploy when in close contact to disable an attacker and give yourself time to get away. Deploying a police type taser is not an option; you only get one or two shots without ejecting and deploying another taser cartridge. If you carry one, make sure you have a rotation to keep it charged. Stun guns come in a variety of shapes, sizes, and colors; some are a flashlight/stun gun. I would suggest a dark color, so it is not so obvious. This is something that you will not be able to carry past most security checkpoints.

Most of the items I’ve mentioned are close quarters weapons; they do not keep your attackers at a distance from you, and in nearly all these “demonstrations” there will be more than one going after you. A length of paracord attached to a carabiner can be swung and might deter some. It can also be used to climb down a short distance or help people climb up a steep slope, et cetera. An expanding baton, or ASP, may be on option. They come in a variety of lengths and can be used to block blows. (It really hurts an attacker when their arm impacts a metal object.) These can deal out some serious pain to an attacker. Again, this is something that you will not be able to carry past security checkpoints.

While I carry a folding knife, I would not consider it a defensive weapon. If you deploy any kind of knife, you are going to be viewed as the attacker. Especially keep in mind that there will be people videoing everything, and it will be edited to suit their agenda. In some places, certain folding or fixed blade knives are illegal; again, know your laws. Obviously, you will not be able to take most knives past security checkpoints.

Talking about cameras, do not get your cell phone out to video any of the activities. If you are watching your cell phone, you are not paying attention to everything that is going on around you. You also risk the bad guys getting your phone and thus knowing everything about you, all your contacts, and possibly access to your social media accounts. If you have a GoPro or similar type camera you could use this with the chest harness to record events. This might be useful if you have to defend your actions or are called as a witness against your attackers. Always carry a power pack or external battery and the appropriate cables so you can keep your phone charged. I have a small one that is in my backpack, but I also have a larger one, about 5″ x3 “x1” that is designed to jump-start a battery that also has two USB ports and a light. Also, get a Bluetooth headset of some kind for your cell phone. That way, you can be on the phone without exposing your phone. You should only be on the phone if it’s essential. Again, if you are talking on the phone, you are not paying 100% attention to what is going on around you.

A lit road flare will keep people at arm’s length; no one wants to be burnt, but beware you might be thought of as one of the bad guys by police. Smoke “grenades,” such as a marine distress signal smoke, may provide enough of a distraction to gain you time to escape.

Pepper spray, bear spray, mace, or something similar is going to have the desired effect on anyone you spray. However, get the large cans, like bear spray, which are designed to spray a distance out. A small hand spray will not do this and will not give you more than a couple of sprays. Use with caution; if the wind is blowing in your face, you may not want to deploy the spray. Some types are thicker foam, and these are less susceptible to wind.

In most cases, mace or similar will not be allowed through a security checkpoint. If you are in your vehicle, you should have a fire extinguisher, which will usually be the dry chemical type. It can be used in the same manner as mace. If you have to abandon your vehicle, try and take it with you. If you don’t yet have a fire extinguisher in your car, spend the extra money and get one in a metal cylinder; they can be refilled and also make a great “impact” weapon. Most people keep an extinguisher in the trunk of their car. Keep one inside your car. If you can, a good place is on the floor in front of the passenger seat. This way, you can reach down and get it; it’s especially useful if a crowd surrounds your car. You can crack the window just enough to stick the nozzle out. Do not place an extinguisher in front of an airbag. I see some fixed to the ‘B’ post just behind the driver or passenger; be careful that they are not in a position that someone could hit their head on. If you are caught in your office in an active shooter situation and you get to the fight part of “Run, Hide, Fight,” use it. If you have never discharged a dry chemical extinguisher, spend the money and “test fire” one so you are familiar with how they operate and how far they will be effective, both in disabling attackers and creating a “smokescreen” to help you escape.